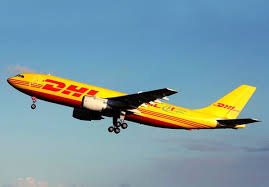 Every year DHL’s Emerging Markets presents the Employee of the Year Award to honour staff in the DHL global chain who have made a stellar contribution to their department or the company’s growth, and for excellent customer service.The DHL MENA-SSA (Middle East, North-Africa-Sub Sahara Africa) Employee of the Year 2012 Awards, which was held in Livingstone in Zambia from 10th to 13th March 2013.

John Cardos was nominated the Star Employee of DHL Gambia for 2012 and the report of his trip is as follows:

The Employee of the Year (EOY) event represents the flashpoint Initiative of DHL Express, recognition programmers’ and this award recognizes employees who had shown there on-going commitment and who have continually demonstrated  DHL’s Corporate and CIS values.

Hearty congratulations to us, as chosen employees who has contributed to the success of this business, and for being recognized for performance, excellence and dedication. It is indeed an honour to be selected as an Employee of the Year winner, to be chosen to represent my dear country, The Gambia and to visit The Victoria Falls.

Victoria Falls is the largest, most beautiful and most majestic waterfall on the planet.  It is the seventh wonder of the Natural Wonders of the world as well as being a UNESCO World Heritage site.

Victoria Falls is a spectacular destination.  The three days were filled with discoveries, relaxation and fun.   We also had the opportunity to network with fellow employees from all around the region and build friendships with colleagues from different countries and functional backgrounds.

The evening begun with pre dinner drinks at The Royal Livingstone Hotel, followed by an informal dinner on the Royal Lawns of the hotel.

The very Sunday March 10, we boarded The Royal Livingstone Express and travelled along the Mulobezi railway line to a welcome dinner at Gwembe village.  We enjoyed the ice breaker and introductory activities that have been planned for us.  Drinks reception was followed by a delicious buffet dinner.

For the Monday March 11, we started the day with a breakfast at the hotel.  We spent a full day at the Chobe  National Park in Botswana were we had the chance to see Elephants, Crocodiles, Wild Egyptian Geese, Hippos, just to name a few.

Tuesday 12 March. Of course starts with breakfast at the hotel.  During that morning, we took part in the optional tours that were preselected namely:

1. Nature and Wildlife: Walking tour of the falls and Zambezi River.

4. Adventure: Cable Car and Jet Boat and lastly but by no means the least, our time and leisure at the hotel.

We enjoyed a private group lunch at the Thorntree Boma, following which we held a rehearsal for the awards dinner after lunch en route back to the hotel.  Of course, this evening was what we had all been waiting for and it was our chance to shine. The Employee of the year 2012 awards dinner at the most exclusive venue.

This night will be one of the most spectacular nights of my life that, I will never forget as we were all honoured by a standing innovation by the board members walking on a red carpet before being finally awarded with our prestigious prizes.

This night was filled with joy, happiness and dancing after receiving our awards.  Prior to the awards we had a group photo with all awardees and board members.  Finally Wednesday 13, was a sad day as we all had to say goodbye to all our friends. It was’ tough and with heavy hearts, it was hard to keep tears from rolling down cheeks.

Lastly by no means the least, Mary go round again by road to Lusaka and spent a night there.  On March 14, I left Lusaka to Addis Ababa were I spent another night. March 15, I left Addis Ababa to Accra before finally getting back on March 16 to home, sweet home, The Gambia, The Land of the smiling coast. 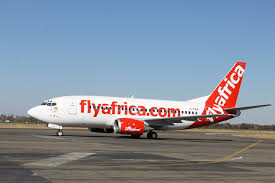