Chief Mukuni comments on culture and benefits to tourism 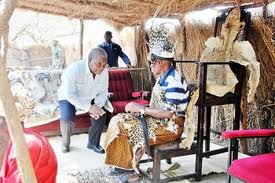 SENIOR Chief Mukuni of the Tokaleya people of Kazungula district says Zambia’s biggest tourism draw card is the many cultural ceremonies which can be extended to Livingstone for tourism purposes.Speaking when students from Ndola’s Nsansa Trust School paid a courtesy call on him at Lumpasa Palace, chief Mukuni said unlike wild animals which were the same in the southern African region, cultural ceremonies among the 73 ethnic tribes were only unique to Zambia.

“Culture is our biggest draw card, we are very lucky that we have 73 ethnic tribes as it makes culture our most important tourism draw card. Lions are the same in Namibia, Angola, Botswana and Zimbabwe but the Mutomboko, N’cwala, Likumbi Lyamize and Kuomboka are only unique to Zambia and what we have done is that the Bene Mukuni cultural arena has been surrendered to the rest of Zambia so that in July and August, those cultural ceremonies organising committees that feel that they can showcase miniature ceremonies can use it. Zambia is endowed with so many cultural ceremonies that no other country has, so this is a biggest draw card we have than any other country,” chief Mukuni said.

He urged youths to look after Zambia’s cultural values as this was what made a Zambian unique.

“In Africa to show respect one goes down and in Europe they have to stand up, we move in two different directions. But I urge you to look at what is actually yours that makes you unique, and until you travel you realise how special and unique we Africans are. Our friends in Europe live almost like animals; to visit your brother you have to be in a hotel,” chief Mukuni said.

He said despite sharing the Zambezi River and the Victoria Falls, Livingstone was poised to be a major attraction during the UNWTO general assembly in August because it had many cultural and natural attractions. 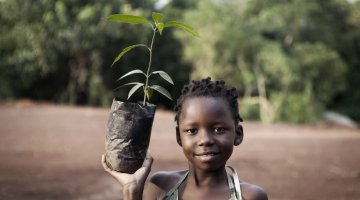