Jetboat experience in the Batoka Gorge 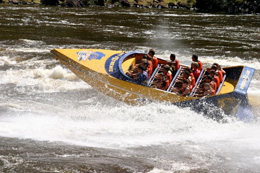 Jet Extreme offers a great, fun filled, adrenaline pumping jet boat ride between the steep walls of the Batoka gorge!! We made the decision to go on the Jet Boat where we had the time of our lives, and loved every minute of it. The amusing owner, Tony Pilcher aka ‘Bottles’, picked us up in his overland truck from our hotel just after lunch, we were taken through the communal areas and national park and down to rapid 25. It took us just under an hour in his open 4 x4 we had a couple of stops along the way and were filled with valuable information about the area and what happens at each village.  Chief Mukuni’s village and his palace I found very interesting as he rules the Victoria Falls region, home of the Leya people. Here the women decide and manage the cultural issues including land allocation whereas men carry management of the day to day running of the village. It was a unique opportunity to see how the 6000 residents live in a working village.

We all climbed back onto ‘Bottles’ overland truck and made our way down to the gorge where we were greeted by his friendly staff. We were given a bit of time to take photographs of the breath-taking scenery of the Batoka Gorge before we stepped into the cable car which descends 250 metres to the bottom of the gorge over 8 minutes. The group of us were educated on the surrounding basalt rock walls, a dark volcanic rock formed around 180 million years ago and of the river rapids below.

On reaching the foot of the gorge we all clambered out the cable car for a very short walk to the beach where the jet boat was being launched. After placing our valuables in a lock up box for dry storage, we were equipped with safety gear and lifejackets which were strapped on by the members of staff. We were ready for the time of our lives! Once we were all escorted onto this 100% New Zealand built boat and safely strapped in, Bottles started it up and you could just feel the twin turbo charged engines roaring beneath us, all 700 horse power of it, and our hearts pumping with excitement. We took off from river bank at a rate of knots, travelling between trees and across the rapids down the gorge doing 360 degree spins where our bodies felt a G-force of around 8 G’s. We stopped at rapid 23 and drifted down the river while given a quick talk on the cliffs above us as they were a world heritage site. 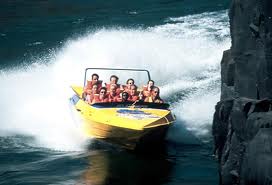 Bottles, speedily firing up the jet boat again, shot us up the river to rapid 27 , ‘buzzing’ past rocks , through the rapids at speeds of up to 100 km’s per hour, all the while kept checking if we were ok and were enjoying the ride. At rapid 27 is the boundary to Victoria Falls heritage site, a 20km radius of the falls themselves which the use of a motorised boat is forbidden. We turned around at that point which is where the white rafters have their camp on the side of the gorge. (The camp is for when rafters travel from Victoria Falls to Kariba which is a 5 day trip and the camps are where they stay over each night). Speeding back down the river pumping vast amounts of power from the jet engines, we went through some huge rapids, the first being the “Morning shower” which we got soaking wet, followed by the next rapid which they call “The bath” where you get absolutely drenched. The water flowing rapidly at approximately 24 knots and the depth of water can be up to 100 metres at some point with a variance of up to 20 metres at certain parts of the gorge depending on the time of the year. After a good half an hour of excitement we pulled back up to the beach, every single one of us with the biggest grins on our face! Offering us all a beer or soft drink, we then made our way back up to the viewing platform by cable car.

We had the choice of going back by road to the hotel or ride in style in a helicopter flight over the edge of the cliff and down through the gorge to complete an exhilarating day. Flying just above the river, skimming the water under the shadows of the cliffs, rising out of the gorge for a quick glance at the Falls before touchdown 15 minutes later after lift-off.

A thrilling day was had and fully recommended to anyone.  You are guaranteed to have the time of your life, no matter how old you are or where you’re from!

There are two departures, morning and afternoon and they include beer and cool drinks after the boat ride. The pick-up is at the Day Activity Centre or at the guests Lodging place at 07h30 or 12h30 with an hour’s drive to the edge of the gorge.

Children must be 7 or older.
Prices are the same for all ages.
Minimum number of people to confirm a booking is 8.

Maximum capacity of people is 23

Next post How can we improve tourism in Zambia 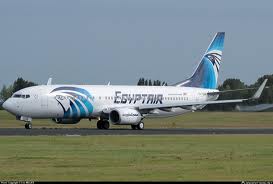