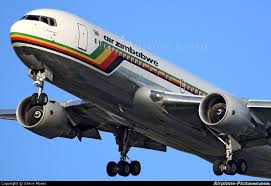 EMBATTLED Air Zimbabwe has resumed daily domestic flights and regional flights to Johannesburg as part of its efforts to turn around its waning fortunes, and compete with other airlines that have gained a foothold in Zimbabwe.

Air Zimbabwe CE Innocent Mavhunga said the return to daily flights between Harare and Bulawayo ahead of an international trade fair, which will be held at the end of this month in Bulawayo, would help boost business and increase the airline’s profitability.

“The daily flights will continue, even after the international trade fair, in an effort to stimulate activity on the routes, which is commensurate with our plans to revive the airline,” said Mr Mavhunga.

“We will use a combination of the Boeing 737 and other smaller aircraft for the domestic flights, depending on the load. The Bulawayo plane would facilitate the smooth movement of people to and from the trade fair.”

Economic commentator Eric Bloch said the unavailability of daily domestic flights had increased the cost of doing business in the country. “In terms of cost and inconvenience … businesses were greatly affected as the only way to carry out business was through the country’s road network”, said Mr Bloch.

Before the re-introduction of the daily flights, Air Zimbabwe was flying between the two cities three times a week.

The airline has intensified efforts to return to full schedule in preparation for the upcoming United Nations World Tourism Organisation summit in Victoria Falls in August.

The Civil Aviation Authority of Zimbabwe (CAAZ) indicated earlier this year that Chinese diamond miner Anjin, which carries out diamond mining operations in Marange, had expressed interest in operating a domestic airline. It is understood from CAAZ sources that the government is keen for the Chinese to invest in Air Zimbabwe, rather than establish an airline that will compete with the national carrier.

Next post Crocodile attack on the Zambezi River near Victoria Falls 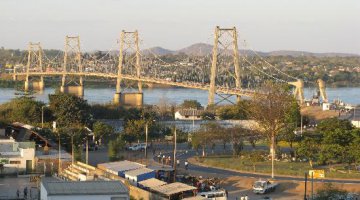