THE first delegation of the Springboks Legends to play Zimbabwe Legends in a rugby match meant to celebrate Hartsfield Stadium’s 75 years of existence arrived in the country yesterday. Gweru-born Gary Teichmann and Adriaan Garvey, who will feature for the Springboks Legends, arrived early to sort things out for other ex-South African rugby players who are expected to touch down at Joshua Mqabuko Nkomo International Airport this morning.
Sean Robinson, a member of the Matabeleland Rugby Football Board that is organising the Hartsfield Stadium Diamond Celebrations which will be screened on pay-per-view television Supersport, said all was set for the festival.
“Everything is set for the celebrations and the leading delegation is already in the country. Nine guys are coming by plane arriving at 12 noon with 14 more touching down on two private planes from Johannesburg and Durban.  Education, Sport, Arts and Culture Minister, David Coltart will welcome our South African visitors at the airport,” said Robinson.
Soon after touching down, the Springboks Legends will get down to business and head to Bulawayo Country Club where they will play golf with first tee-off at 1pm.
In the evening, they will attend a fundraising dinner and tomorrow morning the Springboks Legends will conduct a coaching clinic for rugby playing schools at Hartsfield Stadium.
Robinson said funds raised from their fundraising activities would be channelled towards Hartsfield’s upkeep.
“The money we are going to raise will go towards Hartsfield Stadium maintenance. We want it to maintain its top class status and we hope the rugby enthusiasts will come in their numbers for these celebrations.
“What we want is to maintain the Hartsfield legacy,” said Robinson.
The legends match is only for players above 33 years old and they will play 30-minute halves.
Sables coach Brendan Dawson is expected to lead the Zimbabwe Legends A which will have Andre Cotse, Adam York, Chris Rogers, Denver Methembe, Emmanuel Manyoro, Matabeleland Tuskers Cricket Franchise coach Heath Streak and Neil Nesbitt.
Ruben Kumpasa, Rusty Hatton, Robinson, Slater Ndlovu, Tapiwa Mangezi and Victor Olonga, are some of the players expected to represent Zimbabwe at the celebrations.
Des Van Jaarsveld, the oldest surviving former captain of the Springboks at 83 years, will lead the South Africans. He will kick the first ball to start the encounter.
Other players in the Springbok team include Teichmann, Bulawayo-born Ian McIntosh who is a former Springbok coach and now South African rugby selector, Pieter Muller who played 33 tests for the Springboks and Carlos Spencer who played 30 games for New Zealand’s All Blacks

Previous post Botswana's future depends on the protection of its wildlife 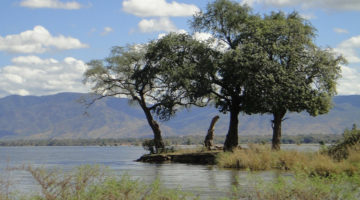 Botswana and Namibia Expected to Join the KAZA UniVisa