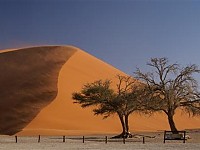 According to the FNB financial analysis on tourism industry in Namibia for the year 2012 and 2011, tourism industry recorded greater number of tourists in the last quarter of 2012 compared to the same period in 2011. FNB Namibia attributes this tremendous improvement to the favorable currency exchange rate and improved occupancy rates recorded.

The head of the research and competitor intelligence, Namene Kalili, explains that the success should be attributed to the improved December occupancy rates and better exchange rates in 2012 than those of the year 2011. He also highlights how other factors contributed to this improvement. He explains that intervention of local establishment and the Namibia Tourism Board (NTB) was instrumental for the favorable exchange rate. For instance, the local establishment thoroughly advertised and campaigned for holiday packages in the social sites like Facebook and Twitter, radio and television stations and print media.

Kalili explains that the tourism industry also registered a positive performance index because, in the third quarter of the year 2012, the assets increased by a margin of 6% as the liabilities declined by a magnitude of the same percentage. This greatly improved the financial position of the tourism industry compared to the same period in the year 2011. However, Kalili reckons that the investment attraction performed dismally in the last quarter of 2012. This therefore led to the industry employing fewer employees than expected.

The tourism industry recorded weakened revenues – a situation that no one from the industry was expecting. The businesses believed to be responsible for this weakness are the car rental companies, trophy hunters, hotels and lodge businesses. However, the fact that generally the number of the tourist who visited Namibia in the fourth quarter was smaller than those who visited in the third quarter could be another possible cause of this revenue decline.

The operators prove the low tourist turnout in the last quarter since they claim to have received few tourists at this time. These operators include the trophy hunting operators, tour operators and guest farm operators. 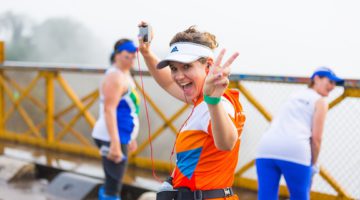 How to stay safe while travelling alone