Emirates to Fly direct to Livingstone for UNWTO

In preparation for the upcoming XXth United Nations World Tourism Organisation (UNWTO) General Assembly to be held in Victoria Falls in August this year, Emirates (EK) has applied to the Zambian Department of Civil Aviation for traffic rights to serve Livingstone directly. 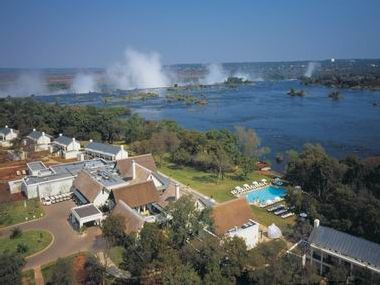 According to Emirates Senior Vice President of Commercial Operations for Africa, Jean Luc Grillet, the request is for landing rights for the duration of the conference only, under the justification that it will contribute to the development of the tourism industry.

“We thought of passengers coming into Zambia for the UNWTO meeting and  it could be a good idea to have one or two flights lands directly into Livingstone instead of just landing into Lusaka and afterwards, subject the passengers to go either by bus or smaller planes into Livingstone,” he said.

“This is not a permanent move but it will only be done during the UNWTO General assembly meeting in August and we have made our request to the Zambian Civil Aviation Department for Traffic Rights and we hope to get a positive answer,” Mr Grillet said.

Source [Times of Zambia]
No reports or changes to existing timetables via Amadeus have been noted at this time.
Emirates request is likely to ruffle feathers – especially those of South African Airways (SA) and British Airways (Comair) (BA) both of whom serve Livingstone and Victoria Falls out of their Johannesburg hubs. For its part, the Zimbabwe Tourism Authority (ZTA) has been in talks with Kenya Airways, Emirates and South African Airways, as to whom to appoint as official carrier for the AGM as national carrier, Air Zimbabwe (UM), struggles to spruce up its battered public image.
In their recent press release concerning the group’s financial performance for the last 6 months of 2012, Comair stated that Emirates’ push into the Lusaka/Harare route – now upgraded to a daily Boeing 777-300ER – had had a negative impact on their lucrative Johannesburg – Harare service.
Tags: emirates airlinesflights to livingstoneUNWTOvictoria fallszambia