Now safely ensconced at home, with only malarial tablets to prove it happened, Dara O’Briain reflects on an eventful trip down the mighty Zambezi for Comic Relief.

Dara O’Briain: ‘it was a journey. Not in that cliched, reality show, metaphorical way, I’m a little old for that nonsense; but quite literally’ Photo: (Tom Dymond/Comic Relief Ltd/ Rex)

I’ve been charged to write a final summation piece on last week’s lunatic trip down the Zambezi, despite being now so firmly back into routine of home that the only reminders that it happened at all are the few remaining days of anti-malarial tablets and the faint glow of the 150 insect bites received when something climbed into my shirt before bed-time on night two.

But happen it did, and truly, it was a journey. Not in that cliched, reality show, metaphorical way, I’m a little old for that nonsense; but quite literally, in as much as we started at point A, Sekoma Island, on Monday and five days later we reached point B, 111 kms (69 miles) down the river, which is a gratifyingly long scroll on Google Earth, I’m relieved to say.

The last piece I submitted for the Telegraph was at the end of day four; a hideous, monotonous day’s rafting, hours on end traversing the broad open stretches of the river above Victoria Falls. Day five was the perilous finale, as we white-water rafted down the rapids on the other side.

As it turns out, if you want to navigate some category five rapids, it helps if you’ve spent the previous four days’ paddling with the same people. By the time we hit rapids called The Ugly Sisters, Oblivion and Terminators 1 and 2 we were so used to working as a unit that we drove through them, telegenically, but pretty much without incident.

By contrast, two of the accompanying crew boats were flipped upside down and most seriously, one of our sound men got thrown into the water and then drawn under by a whirlpool, disappearing underneath for a full 40 seconds. Combined with our headline-grabbing drama at the Katambora Rapids on Tuesday, when I ended up reflecting on my life choices for forty minutes while clinging to a tree in the middle of the river, none of us left the Zambezi arrogant of having mastered the river.

We did leave the trip exhausted though, and aching in random and unexpected parts of the body. Which is fair enough. We want you to give money, so the least we can do is suffer for it. All week, we had cameras thrust in our faces asking us how we felt. There is a game to play here, and frankly, it’s not something I’m very good at, emoting to camera. I already know I’m blessedly lucky, and I know that Comic Relief do great work and that poverty is grinding and difficult and that only a little needs to be given to help a great deal. This wasn’t any journey of personal discovery for me.

Instead, it was a few days where a very lucky man gets to endure an amount of discomfort to balance the scales a little; and the hope is that people watching, or reading, can see a little of their good fortune can be shared around as well, by way of a donation. That isn’t that much to ask of either of us, I suppose.

There are limits to my uses though. The nice steward-man on the BA flight home asked me to do that Flying Start, “please drop your spare change in an envelope”, announcement as the plane was coming to land, and I agreed, even though I know the main effect of that announcement is to irritate the hell out of anyone trying to limp over the finishing line of whatever movie they’re still watching, before the entertainment system is turned off.

Nonetheless, I gave it my best trusted, warm voice (described by Jack Dee later as “I thought it was camp Dara O Briain”). Happy with a job well done, I was turning to leave when the steward said “Y’know, Roger Moore walked down the plane to do the collections himself after he did the announcement”. Well, said I, When I’ve done six Bond movies I’ll walk the plane. With my level of fame, I’d just be a large bald man shaking down foreigners for cash. And that can’t be right. 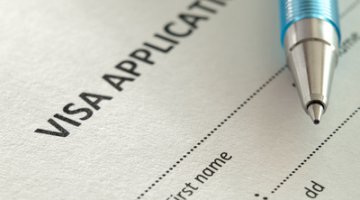