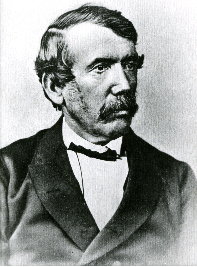 David Livingstone was Scotland’s most famous explorer and missionary. He was born on 19 March 1813 in a single-roomed house in Shuttle Row, Blantyre – today a Grade A listed tenement. Livingstone also lived in Hamilton, the house still stands today in the town’s Burnbank Road.

As a child, Livingstone worked in the local cotton mill, taking school lessons in the evening. His father was a deeply religious man, who would hand out Christian pamphlets whilst working as a travelling salesman. Livingstone was immensely influenced by his father and became an avid reader of theology and missionary books.

His father tried to discourage Livingstone’s interest in science but Livingstone’s deep interest soon led him to investigate the relationship between religion and science.

In 1836 he entered Anderson’s College in Glasgow, where he studied science and technology. He also attended University of Glasgow and studied Greek and theology lessons. He soon applied to join the London Missionary Society and was accepted with the condition that he undertook missionary training.

In 1840 Livingstone met missionary Robert Moffat, excited by Moffat’s vision of expanding missionary work across Africa and influenced by abolitionist T F Buxton’s argument that the African slave trade might be abolished through introduction of trade and Christianity, he set his sights on going to Africa.

Livingstone set sail for Africa, arriving in July 1841. His first mission outpost was at Mabotswa in 1844, at this time he was attacked by a lion but was saved by Mebalwe, a local teacher who was also badly injured during this encounter. Livingstone’s arm was partially disabled; this caused him pain for the rest of his life.

Livingstone married Robert Moffat’s daughter, Mary, in 1845. Mary travelled with Livingstone for a short time despite being pregnant. At Kolobeng Mary set up an infant school and Livingstone worked on a philological analysis of the Setwana language. He became frustrated with this rather settled missionary station and wanted to try some more unconventional methods.

As he planned for his new missionary ideas, he became aware of the difficulties that it would present to his family. So in 1849 he sent his family Mary, daughter Agnes and his two sons Robert and Thomas back to Kuruman. Later as he travelled further inland his family had to return to England. They did however travel back to Africa for the Zambezi Expedition in 1855, when Livingstone set off down the Zambezi River to find for himself the…. “The Smoke That Thunders” – Mosi oa Tunya.

Livingstone lost contact with the outside world for six years and was ill for the last four years of his life. Henry Morton Stanley, who had been sent to find him by the New York Herald newspaper in 1869, found Livingstone in the town of Ujiji in 1871. Stanley supposedly greeted Livingstone with the now famous words “Dr Livingstone, I presume?”

Livingstone had made geographical discoveries for European knowledge. He inspired abolitionists of the slave trade, explorers and missionaries. He opened up Central Africa to missionaries who initiated the education and health care for Africans.

Livingstone died in Zambia 1873 of Malaria, he was 60 years of age. His body and journal were transported thousands of miles by his loyal attendants to the coast so that he could be returned for burial in Britain. His heart, however, was buried under a Mvula tree in Africa.

Livingstone is celebrated the world over. There are many places and memorials named in his honour across Africa, New Zealand, Scotland, Canada and America.

The David Livingstone Centre in Blantyre celebrates his life and is based in the house in which he was born, on the site of the mill in which he started his working life.

2013 sees the bi-centenary of the birth of Scotland’s most famous explorer. 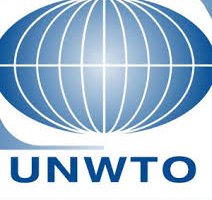