Madrid — Zimbabwe has finalised the drafting of a Tourism Master Plan (TMP) that is expected to double tourist arrivals and increase the sector’s economic contribution by 2015, a United Nations World Tourism Organisation (UNWTO) official has said.

The draft follows wide consultations between UNWTO and the Zimbabwean government, with the final document expected to be launched before the country co-hosts the UNWTO general assembly with Zambia in August this year.

Harsh Varma, the UNWTO technical cooperation and services director, told Standardbusiness after a closed door meeting with Tourism minister Walter Mzembi in Madrid last week that Zimbabwe’s proposed TMP is expected to adopt a fast-track strategy that would see arrivals grow to 5 million in 2015 from the current 2,2 million.

The TMP is expected to see Zimbabwe becoming a standalone and competitive international tourism destination. 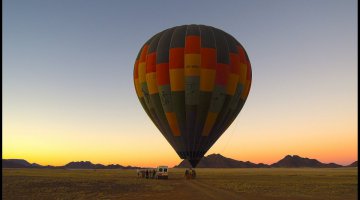 Balloon Safari over the dunes of Namibia