Teeing Off with Daniel Nhakaniso

ZIMBABWE’S leading professional golfer Brendon de Jonge climbed into the top 70 on the Official World Golf Rankings for the first time in his career after recording his best season finish on the PGA Tour this season in Arizona, US, at the weekend.

The burly US-based star, who is the country’s reigning Sportsperson of the Year, scaled 14 places on the prestigious rankings from 85th to a career high 71 after finishing in a tie for sixth at the Phoenix Open at TPC Scottsdale in Arizona.

De Jonge’s sixth place in the Arizona finish was his best result on tour this season and also ensured that he kept a clean record of four straight made cuts in his first four events this year.

The in-form 32-year-old golfer produced some impressive low scores this weekend as he fired a final-round five-under-par 66 to finish on 18-under-par 266 after earlier rounds of 66, 67 and 67.

The Harare-born golfer carded four birdies in his last five holes to add to an impressive eagles and another birdie on his front nine.
De Jonge was tied in sixth place alongside Americans Bill Haas and Brendan Steele, who also finished on 18-under-par.

The three finished 10 shots behind American Phil Mickelson who fired a four-under par 67 to complete a start-to-finish win at 28-under-par, capturing his 41st career title by four strokes.

The only consolation for De Jonge, Haas and Steele was that they walked away with a handsome pay cheque of $207 700 each for their efforts which took De Jonge’s earnings to $329 136 in four events.
De Jonge now sits a creditable 22 on the Fedex Cup standings with 181 points. He will be looking to further improve his current position when he tees off in the $6,5 million AT&T Pebble Beach National Pro-Am which starts on Thursday at the Pebble Beach Golf Links in California, US. 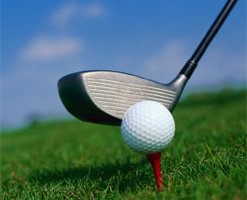