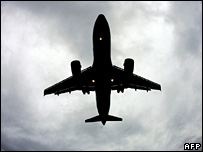 The forecast for business travel is looking much better for 2013, indicating a boost in business’ spending decision confidence. Provided the current economic and political uncertainties continue to wane, predictions indicate a growth of 4.6% in business travel over 2013.

Three main factors ought to drive business travel growth in 2013: the industry should see a 5.9% gain in international outbound travel, a 5.2% jump in group travel, and a modest degree of price inflation that results in more dollars being spent per trip.

At the moment, companies are approaching the first and second quarters of 2013 with caution. Spending will likely grow slowly, with 2% in Q1 and 2.9% in Q2.

However, increasing desire to get traveling again should result in steadily increasing demand — 6.4% growth in Q3 and 7.2% in Q4.

The main reason for slow gains in 1Q/2Q 2013 date back to the end of the last one. Business travel declined towards the end of 2012 as firms waited to make investment decisions until the election and fiscal cliff had been settled. Now that that’s done, business confidence is starting to grow slowly.

Though he noted the short-term agreement to hold off the fiscal cliff still left many issues open, Global Business Travel Association COO and executive director said that “companies should now have somewhat greater confidence” in their ability to spend wisely.

The Global Business Travel Association’s BTI Outlook for US 2012 Q4 business travel predicted a rise of 4.6% in 2013 to $266 billion, despite predictions of a -1.1% overall decline in trip volume that will produce just431.8 million person-trips over the year.

By comparison, the GBTA estimated US business travel grew 1.6% (to $254.9 billion) at the end of 2012, on a -1.9% reduction in trip volume to 436.5 person-trips. The decline was mostly attributed to rising travel costs, while the net spending increase was a downgrade of the GBTA’s 2.6% forecast increase from the previous quarter thanks largely to the fiscal cliff and Superstorm Sandy.

Next post Airlink to launch Kasane - Vilanculos routes in March