LUSAKA — Zambia has banned the hunting of lions and other endangered wild cats such as leopards because it sees more value in game viewing tourism than blood sport, the country’s Tourism minister said yesterday.

Sylvia Masebo told Reuters big cat numbers were also too low to have a sustainable hunting industry. “Tourists come to Zambia to see the lion and if we lose the lion we will be killing our tourism industry,” Masebo said.

The estimated $3 million that Zambia earned from safari hunting of all its wild animals annually was too little to merit the continued depletion of Zambia’s wildlife, she said.

“Why should we lose our animals for $3 million a year? The benefits we get from tourist visits are much higher,” she said.

The leopard population for the sprawling southern African country is not known while lion numbers are not believed to exceed around 4 500.Estimates for Africa’s lion population vary from around 20 000 to 30 000, according to the International Union for Conservation of Nature and is falling in the face of numerous threats, including conflict with livestock farmers and loss of prey and habitat.

Tags: hunting in zambialivingstonetourism in zambia 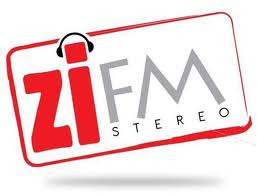 VictoriaFalls24 link up with ZiFm Stereo