THE image of Victoria Falls was boosted by the influx of tourists from abroad during the festive season and New Year holidays ahead of the United Nations World Tourism Organisation (UNWTO) General Assembly in August, mayor Nkosilathi Jiyane said yesterday.

Jiyane, who is also chairman of the UNWTO local organising committee, was upbeat about the positive image of the resort town and its endorsement by tourists.

“The holidays were quite good,” he said.

“Judging by the bookings which were made, all hotels were fully booked.

“It was not only international tourists, but local ones too who flooded the resort town.

“I had a torrid time finding accommodation for other mayors who visited the town for the holidays.

“I was talking to tourism operators. They said they had brisk business.

“However, they said the challenge was on other activities as both international and local tourists didn’t spend much on bungee jumping, elephant rides and cruises.

“Maybe it is because of the cash crunch.”

Victoria Falls roared into life last Saturday as several musicians descended on the country’s premier resort town for an all-night gig to mark the beginning of the Victoria Falls Carnival, precursor to the UNWTO meeting to be held in August. 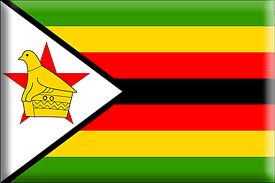 Zimbabwe: Insight Into Our National Tourism