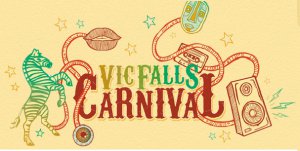 Victoria Falls — TOURISM stakeholders in Victoria Falls are basking in the glory of a successful festive season, amid revelations that the holidays brought about brisk business. Thousands of local and regional tourists came in for the historic three-day Vic Falls Carnival, marked by musical concerts during the nights.

Different musicians were able to satisfy most people’s appetites at the concerts, which had hoteliers, tour and adventure operators, taxi drivers and curio vendors up on their feet, selling their products.

Music at night and activities during the day became the order of business for the tourists.

Scores of locals were allocated stands from which they sold T-shirts, curios and food, among other items. The carnival was graced by the Minister of Tourism and Hospitality Industry, Engineer Walter Mzembi; Zimbabwe Tourism Authority chief executive Mr Karikoga Kaseke; Hospitality Association of Zimbabwe Association president Mr Tich Hwingwiri among other Government and tourism officials.

The biggest attraction was South African songbird Zahara, performing in Zimbabwe for the third time.

Zahara provided what most thought was first-class entertainment, true to her style.

Superstar Oliver “Tuku” Mtukudzi performed on New Year’s Eve, bringing the curtain down in style, the year 2012 to the Victoria Falls community.

He performed a number of songs with the UK-based Noisettes front lady, Shingi Shonhiwa.

The Vic Falls Carnival organiser, Mr Blessing Munyanyiwa, said they were happy with the attendance of tourists during the three-day event.

He said they had allowed locals to occupy stands for free to sell their wares in a bid to promote them.

Mr Munyanyiwa said the event brought together regional and international tourists who took part in bungee jumping, white-water rafting and elephant rides, among other activities.

“This is all in the spirit of oneness,” he said.

“It is in the spirit of unity we have in the country. We had tourists coming in from Zambia, Botswana, Namibia, South Africa and some from overseas. Locals were also not outdone and showed their presence. 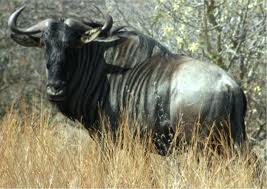