In a trading update, Control Risk, which has a presence across five continents, said both statistical and anecdotal evidence showed a consistent decrease in levels of political violence, crime and social unrest.

It assists organisations in the world to understand and manage the risks and opportunities of operating in complex or hostile environments.

It said the travel security concerns for business personnel were considered to be related to criminality, the dangers associated with road travel and obstructionist or intrusive behaviour on the part of the authorities.

“Although enduring socio-economic grievances ensure that the country retains underlying conditions for outbreaks of social and political unrest in the longer term, it is noteworthy that incidents of political violence have decreased significantly in recent months,” the consultancy firm said.

“Although rallies and protests occasionally degenerate into low-level clashes, these have been less frequent than those experienced in neighbouring South Africa, Swaziland and Zambia and many disputes, particularly industrial walkouts, have been resolved peacefully.”

Specific travel warnings are issued from time to time and vary in severity.

The consultancy noted that although the downgrading of the risk rating significantly lessened the potential risks to travellers, politics remained a delicate subject.

It said the inclusive government formed in 2009 had created a level of political stability, albeit precarious.

Tourism has been described as one of the vital pillars for transforming the country’s economy and is expected to grow by 3,9% this year.

potential for a significant deterioration. 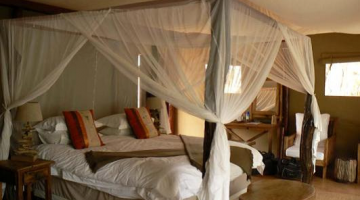