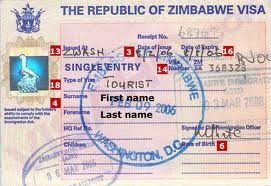 Crossing the border between South Africa and Zimbabwe is expected to remain a relatively simple matter after the two nations’ foreign ministers concluded a deal basically abolishing visa requirements between the two countries.

According to a Business Day report South African Minister of International Relations and Co-operation Maite Nkoana-Mashabane and Zimbabwe’s ForeignAffairs Minister, Simbarashe Mumbengegwi, discussed progress made on a memorandum of understanding (MoU) on migration.

“This MoU basically abolished visa requirements between our two countries, making it easy for our citizens to cross our borders with relative ease,” Ms Nkoana-Mashabane said.

Almost three years ago the South African government agreed to allow Zimbabweans to visit for 90 days without a visa and during this time they could seek temporary work. This they said was part of regional integration efforts.

Authorities said the relaxation in visa rules was to facilitate the legal movement of people between South Africa and Zimbabwe and strengthen efforts to fight human trafficking, human smuggling and other cross-border crimes.

An estimated three million Zimbabweans live in South Africa, many illegally. A large number fled political persecution and applied for asylum. But the South African government considers most of them to be economic migrants.

Two years ago undocumented Zimbabweans in South Africa were given the opportunity to apply for work, business or study permits. The SA Home Affairs Department received more than 270 000 applications.