Zimbabwe‘s first-ever diamond conference is getting off the ground and will take place on November 12 and 13 in Victoria Falls, Diamond News reported. The event will feature speeches by Kimberley Process Chair Ambassador Gillian Milovanovic and KP monitor for Zimbabwe and founding chair Abbey Chikhane, as well as by diamond industry leaders from around the world.

Release of the list of speakers two weeks before the event is scheduled is a good sign that the event will take place as planned. A diamond conference planned earlier in the year had been cancelled, and several days after this November conference was announced, Zimbabwe Mines Minister Obert Mpofu took over responsibility for its planning from a private firm, Country Factor. 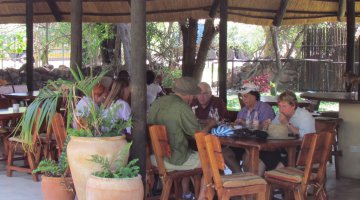