TOURIST arrivals in Victoria Falls have increased significantly after a decade-long slump in business with the majority of arrivals coming from the United States of America, a senior government official has said.
Report by Richard Muponde Senior Reporter

A new runway will be constructed at the airport ahead of the United Nations World Tourism Organisation (UNWTO) Convention in August next year.

Mujuru is the head of the Cabinet Committee on preparations for hosting the UNWTO indaba.

“Your Excellency, we have an increased number of tourists visiting Victoria Falls,” said Munodawafa.

“The increase is so significant to the extent that we are now receiving two British Airways planes twice a week here. This has been so because of the constant talk of Zimbabwe and the hosting of the UNWTO.”

However, Munodawafa could not give the actual figures on the tourist arrivals at the country’s premier resort town.

“We are, therefore, aiming at finishing this runway before the UNWTO conference. It will be the runway for international flights and the existing one will be turned into a domestic runway,” he said.

“We are also going to construct an international terminal which will be bigger than the one we are using. However, as for the terminal, we are not in a hurry to finish it as it will take 18 months to complete.”

A survey by NewsDay in Victoria Falls last week revealed that most of the tourists were from the US, Spain, the United Kingdom and France.

Many tourists in the past 10 years were shunning the Zimbabwean side of the waterfalls, preferring the Zambian view.

As a result, hotel occupancy declined to an average of 30%.

The resort town has since transformed with tourists checking in almost daily.

Next post Tanzanian airline will start flights to Zimbabwe in December 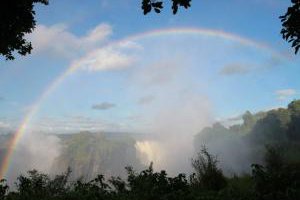