7 pictures that prove wild animals have a sense of humour

Have you ever spotted an animal doing something and thought, ‘yeah he’s definitely taking the mickey…’ ? Your suspicions are not unfounded. Here is a selection of photos that go to prove animals do like to have a laugh every now and then.

We’ve all attempted to do this. But only those who can properly stick their tongue up their nose can get the laughs. This giraffe is obviously trying to impress his mates and make them chuckle.

“You know what would be hilarious?” the one baboon said to the other before this photo was taken.

“If you suspend yourself upside down and hang onto my tail while I flash the camera! Ha ha!”

And then all the piglets decided to sit on top of mom .

This is what happens when the older lions tell the young naive cub that honey badgers are actually the friendliest of all the animals.

Let’s be honest, at some point in her life, the other impalas called her Casper while giggling behind her back.

Why else would a cheetahs sit on the roof if they didn’t think it was hilarious?

Next post “Adventures in ZAMBEZIA” warming up Icelandic audiences 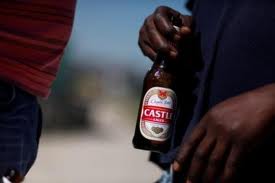