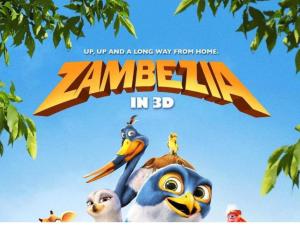 Zambezia – Animated film based on the Zambezi

From iol.co.za
By BIANCA CAPAZORIO
Comment on this story

More than a million people have watched Cape Town-made 3D animation film Adventures in Zambezia since its release internationally just 13 weeks ago.

The film, made by Triggerfish Animation Studio, is to be released in 70 countries worldwide, so far appearing on screens in six different countries.

The feature-length film tells the story of Kai, a falcon who leaves home to venture to the bird city of Zambezia, and features vocal performances by big-name actors such as Samuel L Jackson, Jeff Goldblum, Richard E Grant and Abigail Breslin.

The film was the number one independent film of the summer in Israel, and went to number two at the box office in Russia. It also won the Best SA Feature Film award at the Durban Film Festival.

“We are releasing in 70 countries worldwide, so to hit the one million ticket mark with just six countries is a fantastic achievement for us, and for the South African animation industry as a whole,” said Stuart Forrest, Triggerfish chief executive.

Triggerfish is currently in production for its second film, entitled Kumba, which tells the story of a zebra born with only half its stripes.

Kunjanimation is a collaboration between Animation SA and the French Institute of SA.

Adventures in Zambezia will be released officially in SA by Nu Metro on December 26. 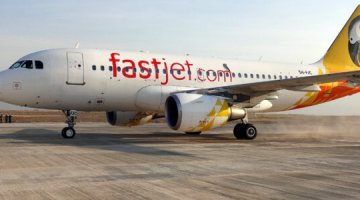