KAZUNGULA Youth Club B are the men’s Livingstone Regatta champions while the Zambezi Boat Club won the women’s category.
The aquatic sport was held at Zambezi Boat Club at the weekend.
This year’s Regatta, held on the banks of the mighty Zambezi River, was under the theme ‘Rowing against gender-based violence (GBV)’ which saw 33 teams battling for honours.
The energetic Kazungula Youth Club B conquered the Zambezi and won K7 million with a floating trophy, which they grabbed from defending champions Madison Insurance Corporation.
Autoworld were second and walked away with K5.5 million.
And in the women’s category, hosts Zambezi Boat Club pocketed K5.5 million, which prompted Minister of Sport and Youth Chishimba Kambwili to direct the club’s management to equally give the women K7 million.
Wapoka women’s team was second.
Meanwhile, the Zambezi Boat Club honoured Ben Mungala with a hamper and a one-year fully paid subscription to the club for his consistent participation in rowing expeditions since 1994.
And Kambwili said Zambia has a comparative advantage to develop rowing because of the vast water bodies it hosts.
“I was challenged to see South Africa reap a gold medal in rowing at the just ended London Olympics. Zambia has the largest quantity of water in the southern African region and we do far much better at the sport of rowing and other aquatic sports,” he said.
Kambwili directed provincial sports co-ordinators for Northern, Luapula, Western, North-Western and Southern provinces to spearhead the development of rowing and ensure that Zambia forms a formidable team ahead of the 2016 Rio de Janeiro Olympic games. 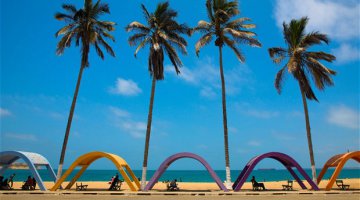