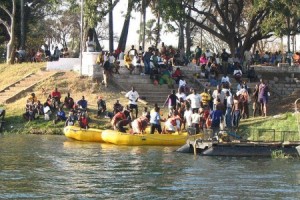 THE Zambezi Boat Club says preparations for this year’s regatta are on schedule and that the club will herald the race with a mini regatta as part of the commemoration of the World Tourism Day slated for this Thursday.
Club president Joseph Mumbi said the theme for the 2012 regatta is ‘Rowing against gender-based violence’ as the scourge is a dehumanising act that calls for concerted efforts if it has to be fought effectively.
Mumbi was speaking during a media update for the 2012 regatta billed for October 6, 2012 at Livingstone Boat Club.
“We are happy to announce that training sessions for the regatta were to commence on September 1, but were delayed due to some issues raised by the Zambia Wildlife Authority (ZAWA) which have since been resolved. The training sessions commenced on September 21,” Mumbi said.
He said the regatta has been themed according to the club’s contribution towards raising awareness about gender-based violence and thanked the ZAWA management and hoped that the two partners will continue working together cordially to promote tourism through sport in Livingstone in particular and Zambia in general.
Mumbi said the club is committed to safeguarding Zambia’s morals and will, therefore, not tolerate underage drinking during this year’s Regatta.
“Equally, we would like to call upon members of the general public to report any inciting on the day of the Regatta to our security officers on duty so as to maintain law and order,” Mumbi said.
He said as at yesterday, nine teams had confirmed participation but the club is targeting 32 teams.
The participation fee for each team is K800,000 and the first prize in the men’s category is K7 million while the winners in the women’s category will go away with K5,500,000.
And Southern Province sports co-ordinator Kennedy Mubanga said government has attached great importance to this year’s Regatta. 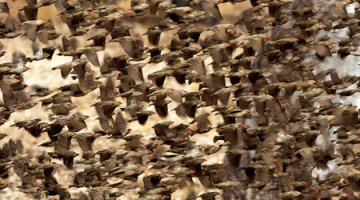