The government of Zambia has rejected a proposal for the development of USD 494 million open cast copper mine by the Australian owned company Zambezi Resources over environmental concerns.

Zambezi Resources’ Zambian subsidiary Mwembeshi Resources said that it planned to start copper production at the Kangaluwe project by 2015 but other analysts have reported that the company failed to report that the mine site was located within a protected national park.

Ms Ireen Chipili spokeswoman for Zambia’s environmental management agency ZEMA which has to approve all huge infrastructure projects said that the project had been rejected. The proposed site is not suitable for the nature of the project since it is located in the middle of a national park. Following the announcement of the planned project, environmentalists had been lobbying the government against allowing the mine.

According to a statement posted to Change.org by activist IPA Manning, based in Tanzania “The Lower Zambezi National Park was due to be declared a World Heritage Site by UNESCO as a result of the Zambian Government’s agreement not to allow mining there. However, Zambia has since allowed an environmental impact statement to be tendered by the Austrailian company, Zambezi Resources for a massive open-pit mining operation in the park suggesting a change of mind on the part of the Patriotic Front Government. However, ZEMA have now refused the application but Zambezi Resources have appealed to the Minister of Lands, Natural Resources and Environmental Protection to overturn the ZEMA decision.” 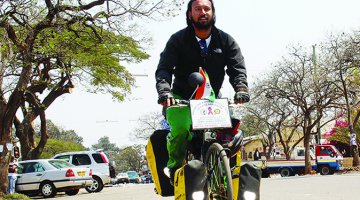