Zimbabwe currently generates about 1,000 MW of electricity, half of its peak demand, and is battling frequent power cuts which have affected industry and mines.

A delegation from the Chinese company is currently visiting the country to explore opportunities in the power sector and has already met with Mines Minister Obert Mpofu and his Economic Planning counterpart, Tapiwa Mashakada.

“We came here to observe and study the possibility of building a thermal power plant,” Mu Yong, a director at the Chinese firm, said. “Our proposed budget is about $3.5 billion for a 120 million watts plant.”

The project is expected to create about 2,000 new jobs.

Finance Minister Tendai Biti, meanwhile, has revealed that Harare was negotiating with Beijing for a $350 million loan to expand its Kariba South power station to provide an additional 300 MW of power to the current 750 MW.

China’s Sino Hydro is the sole bidder for the Kariba South project.

Early this year, Mangoma also revealed that a French consortium had been granted a licence to build a 2,000 MW thermal power plant in an investment worth about US$3 billion.

The power station will be situated at Binga’s Lusulu coal fields which are said to have an estimated 1,2 billion tonnes of coal reserves.

“People are always making inquiries and it is a good thing for our country that we have people willing to invest in this sector. As Government we will always welcome new investment,” Mangoma said then.

Meanwhile, the Zambezi River Authority (ZRA) is pressing ahead with feasibility studies for the environmental and social impact of the 1,600-MW Batoka Gorge hydroelectric project on the border of Zimbabwe and Zambia.

ZRA, which is jointly owned by the two countries, has applied for World Bank funding for the US$3 billion Batoka Gorge, to be built on the Zambezi River between Victoria Falls and Lake Victoria.

Next post It’s a honeymoon paradise at Ngoma Safari Lodge 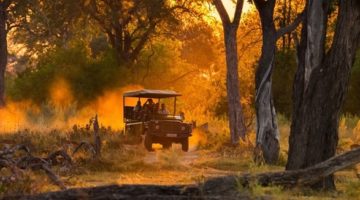 Is my Safari Journey making an impact?