Zimbabwe/South Africa: All Set for Copa Training Camp in SA

ALL is set for this year’s COPA Coca-Cola Training Camp at the University of Pretoria’ Sports Campus in South Africa. A total of 160 players from 15 countries will descend for the two-week training programme under the watchful eyes of qualified coaches. During the Zimbabwe COPA Coca-Cola Under-16 schools soccer tournament national finals held in Victoria Falls, 16 players were chosen by a panel of journalists who were covering the national finals in the resort town.

Guided by coach Bekezela Mavundla, they will be Zimbabwe’s ambassadors for the duration of the training camp.

Also on offer would be team building, training with that country’ coaches, evaluations, historic sites visits, tournament and selection of All-Star team.

A close look at the squad that was selected shows that Mzingwane High School provided six players.

Hwange High have the duo of Tapiwa Tshuma and Shawn Pumulo, while Brian Chemhuru comes from Rimuka 2 High, Manunure High have Albert Magumise, with Erick Mapfumo coming from Centenary High.

“The camp brings together young players who excelled in their respective countries and are knocking on the doors of fame.

“The youngsters will have an experience that includes unique football clinics, a football tournament, a visit by famous football celebrity.

“The tournament shall result in new champion or Zambia retaining the trophy,” Karingi said.

The Zimbabwe contingent shall, for the first time, be accompanied by two journalists who excelled in covering the COPA Coca-Cola tournament.

About 25 journalists from all over the country entered the competition.

Ian Zvoma of ZBC came first in the electronic media category while Roy Matiki of the Zimpapers Newspapers Group came out tops in the print media section.

Ellina Mhlanga of Zimbabwe Newspapers was also given a special prize and will accompany the team. 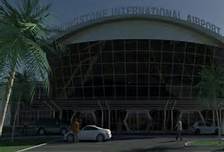