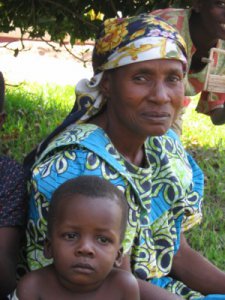 WHILE some people see litter or garbage, as being useless others see raw materials from the same litter to produce indigenous products.

This is true particularly to Livingstone Widows Association members who have since discovered an opportunity to recycle empty containers of Maheu to make assorted goods in form of handbags, door mats, curtains and cell phone covers among other products.

Subsequently, members of the association sell their artifacts to tourists in the tourist capital and to other residents of Southern Province. According to Widows Association of Zambia Southern Province coordinator Hellen Mwalongo, her members are not only helping the Livingstone City Council to clean up the city buy picking empty Maheu containers thrown around but they are also being empowered by the project.

Ms Mwalongo says her association was formed and registered in 1997 due to increased cases of property grabbing in the country. She says the main objective of the association was to empower widows, orphans and other vulnerable people through recycling of empty Maheu containers and make an assortment of art craft.

“We are called Widows Association because around the year 1997, there was too much property grabbing and most widows were left without food, property and shelter while orphans were not supported by their relatives”.

“We then came together as women and thought of what we could do to improve our livelihood and hence we came up with an idea of recycling empty Maheu containers,” she said.

Afterwards, an official from the Zambia Development Agency (ZDA) in Southern Province Moses Mwanakatwe was interested in what the women were doing and he linked them to Trade Kings which was at that time the producer of Maheu products.

“They (Trade Kings) asked us on what we needed since we were recycling their empty Maheu containers and we told them our needs.

But two years ago, Heinrich’s Beverages, which is one of the three SABMiller subsidiaries operating in Zambia (the other two being Zambian Breweries and National Breweries), bought the Maheu component of Trade Kings and the company continued engaging us on the project,” Ms Mwalongo said.

The construction of the training centre, which started early this year, is expected to be completed and commissioned by next month.

To-date, about 70 per cent of construction works have been done at the centre and the remaining works include putting up of windows and door frames as well as plastering the building among others.

Ms Mwalongo thanked Heinrich’s Beverages for constructing a shelter for her association which currently has about 75 members from Livingstone, Kazungula and Choma districts.

She said the training centre would not only help widows and orphans but it would also help other vulnerable people in society.

Ms Mwalongo said the centre would specialise in recycled materials but women also had plans to start rearing chickens within their 60 x 50 hectares of land to boost their income generating activities.

“We are very grateful, happy and proud to have been helped by Heinrich’s Beverages after ZDA linked us to them. This centre will not only help us as an association but it will also help other vulnerable people in Zambia,” he said.

A member of the Livingstone Widows Association, Suzan Makondo, said the training centre would uplift the lives of the disadvantaged women.

“We used to get empty Maheu containers thrown by Livingstone residents and recycle them without a designated shelter for our activities,” Ms Makondo said.

Ms Kambikambi said the project was also assisting to keep Livingstone clean especially ahead of the 20th session of the United Nations World Tourism Organisation (UNWTO) general assembly from August 24 to 29, 2013.

“UNWTO general assembly coming to Livingstone next year, tourists and other international guests will be able to sample art crafts made by the widows,” she said.

The 10 sustainable development priorities provide a strong framework, which offers clarity to the local operations on how to address material sustainable development issues. “At the same time, our approach is flexible enough to allow our local operations to invest their resources in the issues most relevant to them in their own markets,” she said.

Ms Kambikambi said that the support for the construction of the centre fell under three particular sustainable development priorities with one of them being the Enterprise Development priority which promoted local sourcing and encouraged small businesses to participate in the Heinrich’s Beverages value chain. She said the project was special to them because it met three of their priorities.

The first one was enterprise development whereby women were encouraged to operate small enterprises for their own income generation. Secondly, the project responded to the company’s packaging, reuse and recycling priority in that the women used Heinrich’s Beverages disposable packaging materials to produce hand bags.

Lastly, the project benefited communities within which the company operated.

Ms Kambikambi thanked ZDA for selling the idea to Heinrich’s Beverages and Livingstone City Council for providing a piece of land to the association to construct a training centre. ZDA Southern Province regional manager Dennis Sikaulu said the agency decided to link the widows to the producers of Maheu after realising that they were recycling empty containers of Maheu.

Mr Sikaulu said the training centre would enable women to get organised and sell their art crafts to tourists and other guests especially during the UNWTO general assembly within ZDA exhibition pavilion.

With the co-hosting of the UNWTO general assembly in Livingstone next year, initiatives such as this one would assist women to sell their indigenous products to foreign guests during the event.

Further, the initiative by the Widows Association would also assist Livingstone City Council and other stakeholders in maintaining cleanliness in the city. 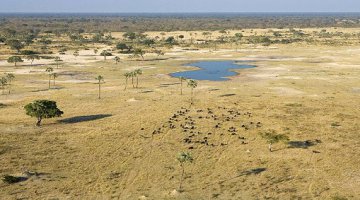