27 July 2012
Government officials from five Southern African countries constituting the Kavango-Zambezi Transfrontier Conservation Area (TFCA) are scheduled to meet in Victoria Falls today to set up a secretariat for the multi-million-dollar premier tourism project.
The agreement to set up the project, which traverses borders of five countries including Zimbabwe, Angola, Botswana, Zambia and Namibia, was signed by the countries’ heads of state in March last year.However, the concept has not yet been fully implemented since modalities on how it would operate are not yet in place.

Ministry of Environment and Natural Resources secretaryFlorence Nhekairo told NewsDay yesterday, officials from the five countries were already in the resort town to map out the modalities of how the park would operate and to set up structures of its secretariat.

“You know the park was set up just last year and nothing had been done as yet on how it should function,” she said.

“We are considering, since we are government officials, the issues of protocol, immunities and privileges to be enjoyed when the park is in operation. We are still considering these issues and we need to come up with final structures.” 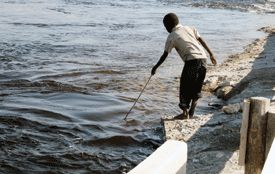