A total of 24 teams are set to converge in Victoria Falls this weekend for the Copa Coca-Cola Under-16 boys and Under-17 girls’ football national finals. The finals are slated for July 27 to 29 at Farm School, Baobab Primary, Elephant Hills, Falls Club and Chinotimba Stadium, which will host the finals and the play-off matches.

This year’s finals will see both boys and girls battling it out at the same time unlike last year where the organisers held the boys and girls’ competitions separately.

Coca-Cola senior franchise brand manager Mona Karingi said they will select 16 best players in each category with the boys’ team set to go for a two-week camp in South Africa from August 28 to September 8.

“We are going to choose players from both boys and girls. The boys will go to South Africa for a two-week camp where they will compete with other teams.

“The girls can’t go because most of the countries that compete in the Copa Coca-Cola do not have girls’ teams so it’s difficult to send a team. The girls are still developing.

“It’s being planned for them to play with the national teams where they will have an opportunity to showcase their talent. It’s a team we would want to continue looking after, however, it’s difficult because we will only get them during holidays, but we are trying to get them something to do,” said Karingi.

This year’s tournament will also see the organisers doubling the prize money for the girls’ teams from US$1 500 for the winners to US$3 000.

The most disciplined team will get US$1 500. There will also be prizes for outstanding individuals while each participating team in the boys’ category will get US$1 200.

The girls teams receive US$1 000 each for taking part.

Karingi, however, said their focus is not on the prizes but are more concerned on developing the young talented players.

“For the girls the prizes have been doubled, but our thrust is not on the prize but on the talent. We are more concerned on their future rather than on the prize,” said Karingi. 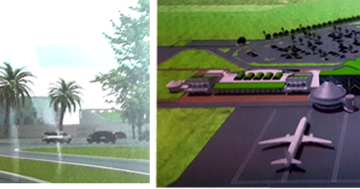