Dubai-based airline, Emirates, announced Tuesday it was ramping up its schedule to Zimbabwe, increasing the number of flights from five days a week to a daily service starting 1st October.

The airline, one of the fastest growing, took advantage of Air Zimbabwe’s endless troubles and started servicing the Dubai-Lusaka-Harare route in February this year.

In a statement, Emirates Vice President of Commercial Operations for Africa, Jean Luc Grillet said the airline was expanding its service due to increased demand.

“A daily service to Lusaka and Harare will mean greater choice for customers,” he said, “while an increased cargo capacity of 40 per cent will facilitate more export business opportunities for both countries, forging greater trade links and increasing access to key trading partners in Asia and the Middle East.”

Independent economic commentator Walter Nsununguli Mbongolwane told VOA the demand for flights to Harare is due to a rebound in tourism and mining.

Next post Controversial Mana Lodge Construction to go ahead 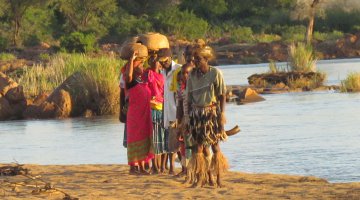