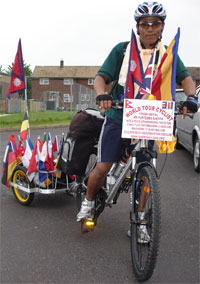 Nepalese cyclist Furtemba Sherpa who is on a cycling expedition around the world in a bid to promote peace, environment protection and social harmony arrived in Zimbabwe last week.

Zimbabwe is the 84th country Sherpa has visited since he started his journey in 2003. He plans to visit 151 countries by 2020 and has gone through half of the targeted countries.

“l have seen the sunrise in Zimbabwe I have felt the magic and I have seen the rain. Like Myles Hunter I have experienced the magical influence of Zimbabwe.

“This is now the 84th country I have visited cycling 855 kilometres from Victoria Falls to Harare.

“The terrific view of Victoria Falls and excellent time spent near the Falls is still clear in mind,” he said.

Sherpa has clocked over 84 300km in Asia, Australia, Europe, North America, Caribbean, Central, South America and is now in Africa, the fourth continent he has been to.

He aims to challenge communities and leaders to do as much as they can to create sustainable and environmentally friendly alternatives especially transport.

Sherpa has gone through many experiences including road accidents, extreme weather, food poisoning, thirst, hunger and kidnappings by bandits. He has lost three bicycles during his journey.

“I must do it for my daughters and for children around the world. I hope my efforts will inspire people to act in their own way to make a greener Earth” he said.

Sherpa said travelling through 25 countries has not been easy paying tribute to his wife and children. 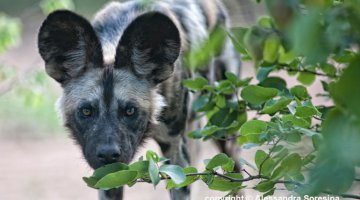