REMEMBER: When Driving or walking,  Animals always have the right of way

KEEP KARIBA CLEAN  Keep litter to yourself, in your vehicle or boat and empty only at designated points.

A few weeks ago we received a call from a Kariba Resident advising of an Elephant on the Powerline Rd who was very vocal and agitated and had a wound behind his left ear.

When Cavan went to have a look he discovered it was the Ele that had been seen before, with a huge growth.

This was obviously a cyst/abscess that had now burst and was weeping. What pain he must have been in and then huge relief after it had burst.

Below is a picture he took, now a few weeks after the burst cyst/abscess, for everyone to see the size of it !!!, you can see the flap of skin on his shoulder, just under the ear.  One can understand why he was vocal and probably grumpy for a long while (you or I would be the same). It is this sort of thing that can cause a death or damage when an animal is injured and people hoot, shout, throw things at them. 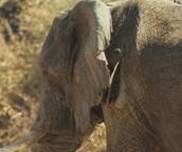 These guys did a splendid job in raising funds for the school.

Below are pictures of them as they arrive at Wart Hogs with their back-up vehicle, Mars Ambulance and 2 Kariba Parks and Wildlife Rangers that were taken to Karoi to escort the Walkers to Kariba

Well done all that were involved and for the very kind addition of adding in Kariba Animal Welfare Trust to also benefit from this  by donating a percentage for the Wildlife Welfare here. A BIG THANK YOU to all those that sponsored this in cash or kind.

An approx 2 year old Buffalo was seen in the Nyanyana river area last week in a pitiful condition due to the fact that the noose is around it’s jaw.

Seen on the bridge (dirt road) where it was probably sucking up moisture from a little pool below the bridge as it would be unable to eat much with the jaw secured closed by a snare. More details are in the below snare update.

19 June. 6:15am On the way to collect Parks ranger escort, a young buff was seen in terrible condition. It was carrying a snare around it’s jaws. The Patrol was dropped off in strategic positions to monitor it’s movements and permission sought to dart it. Permission was granted and Andries and Dolf arrived shortly after.

The injured buff was with a group of approx 9 other buffalo. They stalked the herd for about an hour and a half but wind conditions caused the herd to gallop off and head north. We were unable to locate them after that.

A later search revealed they did not stop running until they had crossed the main tar road about 500mts east of the Nyanyana Bridge. The patrol was then moved to search the area North of Chawara. They had a hard time here as there was a mixed herd of ele’s with their young (15 in all) and they encountered a small herd of buff. Never the less they managed to recover 4 heavy buff snares toward the Information centre.

20 June – 11 snares. The area south and east of the air port was searched and 2 groups of 6 and 5 newly laid, heavy buff snares were found. The same small group of buff was seen again as well as 5 warthogs-sub adults and adults. (Thought this amazing as I myself have not seen Wart Hog in this area for about 15 years !!!)

21 June – 2 Snares. Area between airport and Nyanya road. This days patrol was mainly spent looking for the young buff that has a snare around his jaw preventing him from eating. The Patrol did not find him but did find the group he was with. Two snares were found-both made of heavy gauge wire.

22 June – 14 Snares. Main Rd turn off to Charara to Power Line rd-Chenguruwe River. No wild life was seen. 14 snares were found in two groups. One lot had been recently laid. (2-3days prior)

We received another donation this week of transporting some of the hay bales from Harare to Kariba by Netrade Commodities as well as a donation towards the fuel for transporting and bailing of hay.

There are still concentrates and hay in Harare to be transported through but with all these goings on, the No. 1 priority is to take the feed that is here to the island. Once things have calmed down we hope to organize with a Karibarite regarding the transporting of the remaining feed as well as sorting out who donated what for the feeding program

Tractor, baler and all are now in place raking the cut grass at the Airport and bailing commenced at the weekend.  We hope to keep bailing until there is sufficient to cover feeding for Antelope Island and a possibility of feeding on another island as well as for Bumi to cover feeding at Starvation Island and Gache Gache for their feeding needs.

Cavan is almost run off his feet with the above and hopes to take the first load  of feed to Antelope towards the end of this week. Natureways and Hornbill Lodge are doing a sterling job with their help on the above.

Below our contact details is an email that a lot of you may already have received but many may not have, regarding South Africa’s “Elephant Whisperer”  What an honour for this gentleman to have received homage from these incredible animals

African proverb –  If you think you are too small to make a difference, you have never spent the night with a mosquito

For any donations, help offer, more info, or information on injured animals please contact below

For 12 hours, two herds of wild South African elephants slowly made their way through the Zululand bush until they reached the house of late author Lawrence Anthony, the conservationist who had saved their lives.
The formerly violent, rogue elephants, destined to be shot a few years ago as pests, had been rescued and rehabilitated by Anthony, who had grown up in the bush and was known as the “Elephant Whisperer.”
For two days the herds loitered at Anthony’s rural compound on the vast Thula Thula game reserve – to say good-bye to the man they loved. But how did they know he had died March 7?

So, how after Anthony’s death, did the reserve’s elephants — grazing miles away in distant parts of the park — know?
“A good man died suddenly,” says Rabbi Leila Gal Berner, Ph.D., “and from miles and miles away, two herds of elephants, sensing that they had lost a beloved human friend, moved in a solemn, almost ‘funereal’ procession to make a call on the bereaved family at the deceased man’s home.”
“If there ever were a time, when we can truly sense the wondrous ‘interconnectedness of all beings,’ it is when we reflect on the elephants of Thula Thula. A man’s heart’s stops, and hundreds of elephants’ hearts are grieving. This man’s oh-so-abundantly loving heart offered healing to these elephants, and now, they came to pay loving homage to their friend.”
Read more: http://blog.beliefnet.com/news/2012/03/rescued-wild-elephant-herds-inexplicably-gather-to-mourn-lawrence-anthony-south-africas-elephant-whisperer.php#ixzz1rJYHYJIx

Kariba Info is a general information e-mail service, anyone can send info through us.
Remember that the content in these e-mails is simply being passed on to you via this e-mail address.
Should you wish to be removed from the Kariba Info e-mailing list, please let us know by return e-mail.

P Please consider the environment before printing this e-mail 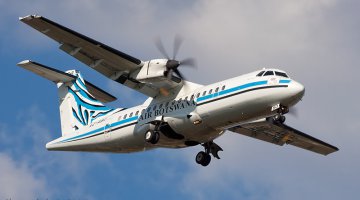