The International Fund for Animal Welfare (Ifaw) expressed concern on Friday over recent thefts of ivory stockpiles in Zambia and Botswana.

Earlier in the week, Zambia announced that three tons of ivory tusks had gone missing from the Zambia Wildlife Authority’s (Zawa) headquarters.

In May, Botswana confirmed that 26 tusks had been taken from a government vault in the border town of Kasane, close to Zambia.

Suspects had been arrested in both cases by Zambian authorities, but as yet much of the ivory had not been recovered.

Ivory stockpiles were a security headache for countries, as they demanded intense management and drained resources, said Ifaw spokesman Jason Bell in a statement.

“The targeting of stockpiles, Africa’s most secure sources of ivory, indicates how far the illegal ivory trade is prepared to go to take to get what it wants,” he said.

“Unfortunately it is the foot-soldiers of the traders, the common thieves, who risk their lives to supply this trade.”

Countries needed support to enable them to protect their wildlife.

Most contraband ivory in Africa is smuggled into markets such as China, where legal markets make it possible for criminals to easily launder black-market ivory, Ifaw said.

Since February, a joint Interpol and Ifaw operation in 14 African countries had arrested more than 200 people and seized almost two tons of contraband ivory, 20kg of rhino horn and military grade weaponry.

“This has been to date the most wide-ranging operation co-ordinated by Interpol against the illegal ivory trade,” said Ifaw environmental crime spokesman David Higgins.

The intelligence gathered during this operation would enable Ifaw to identify the links between poachers and global networks.

It could then identify trading routes and arrest those involved in co-ordinating the trade. 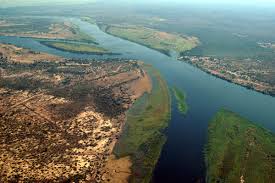