Painted Dogs, also known as African Wild Dogs, are unique to Africa, and they are one of the most endangered species. Only about 3,000  to 5,000 remain. The Painted Dog population in Zimbabwe is one of the last strongholds of the species, and Painted Dog Conservation (PDC) is an organisation committed to their survival.

Aurora and Gaia are two Painted Dogs who grew up in the PDC Rehabilitation Facility in the Gwayi Conservancy bordering Hwange National Park. Lions had killed their parents, and PDC captured them and their three brothers to raise them safely.

In April 2011 the orphans were moved to the Victoria Falls Private Game Reserve, where they learnt to be wild again. The pack split; the three brothers joined two wild females, leaving the sisters Gaia and Aurora to hunt for males and form a pack of their own.The Reserve acted as a halfway house for the dogs, but is not large enough for the dogs to remain permanently; each pack needs many square miles in which to roam and hunt.

In February it was decided that Aurora and Gaia had to go to Gonarezhou National Park in the Lowveld where the gene pool had become very depleted.

The dogs were darted, and then the veterinarian team, led by Dr Zishiri, went to work, giving them rabies vaccinations and taking samples. Both dogs were loaded into the back of a Land Rover for the first stage of their 1,000km journey. The first stage was a short hop to the PDC Rehabilitation Facility. Here the dogs were able to fully recover from the anaesthetic.

Gaia and Aurora grew up in the Rehabilitation Facility and clearly recognised that they were “back home.” They soon began vocalising with Zanga, their foster father, and took the opportunity to have a good soak in their favourite bathtub!

Gaia and Aurora were safely locked into the back of a purpose-built trailer for the next leg of the long drive. With Dr Gregory Rasmussen the Director of PDC at the wheel of the Land Rover, and Mary Phiri, a National Parks Ranger dedicated to PDC in another car, the convoy drove through the cool of the night to Gonarezhou National Park. The Area Manager, Mr. Mpofu, plus rangers and research students, met them the next morning.

The dogs jumped out of the trailer and were immediately fed, which is part of the process of helping them settle down. The mission for Gaia and Aurora is now to find mates and create a new pack to breathe life into the Lowveld painted dog population.

Gonarezhou National Park Ecologist, Patience Gandiwa, soon reported that the dogs were seen a few days later with very full bellies, and no longer needed to be fed.

According to Dr Rasmussen this is a truly significant step regarding the conservation of Zimbabwe’s painted dog population, and is testament to the commitment of Zimbabwe’s often-criticised Parks and Wildlife Management Authority. 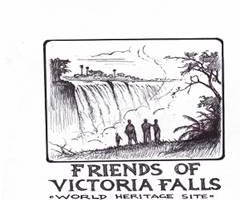