Simon Moyo Victoria Falls, May 18, 2012 – An influx of tourists has resulted in African Sun Limited posting its first profit since the economy was dollarised in January 2009 for the interim period ending March 31 2012.
“African Sun recorded US$743 259 in profits for the six months ended March 31, 2012,” said Chief Executive Shingi Munyeza. “During the period under review, revenue increased 16 percent to US$26,1 million up from US$22,5 million recorded in the preceding period,” he said.

African Sun said arrivals from Europe had risen by 16 percent, followed by the Pacific and the Americas at 14 and 8 percent respectively during the period under review.

In December last year the hotel group said it was expecting to return to profitability by 2013.

“Foreign investment has continued to drive growth in West Africa, presenting an opportunity for further rooms growth within that market,” said Munyeza.

African Sun said Nigeria and Ghana would remain the primary focus as much of the growth was from the two countries. However, the group is pulling out of one project in Ghana after it conflicted with one of its new projects. 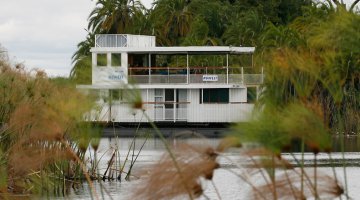