New US Ambassador to Zimbabwe

Harare, May 14, 2012 – The United States President Barack Obama has nominated David Bruce Wharton as the next ambassador to Zimbabwe, to replace Charles Ray whose tour of duty ends at the end of 2012.

President Obama nomination is contained in a US cabled dated 11 May, 2012.

Wharton is a career diplomat whose has served in Harare. A career member of the Senior Foreign Service and Class of Minister-Counsellor, Wharton is currently the Deputy Assistant Secretary for Public Diplomacy in the Bureau of African Affairs at the Department of State.

He joined the Bureau of African Affairs in 2009 as Director of the Office of Public Diplomacy and Public Affairs, after a two-year assignment as Deputy Coordinator of the Department of State’s Bureau of International Information Programmes.

From 2006 to 2007, he served in the Department’s Bureau of Human Resources and from 2003 to 2006; he was Deputy Chief of Mission at the U.S. Embassy in Guatemala.  A member of the Foreign Service since 1985, Mr. Wharton’s additional overseas assignments include posts in Argentina, Chile, Bolivia, South Africa, and Zimbabwe.

He received a B.A. from the University of Texas in Austin. 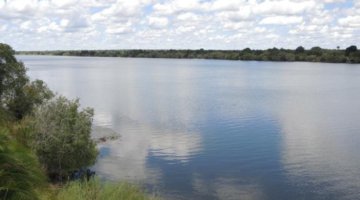