Zaka Zaka to Be His Own Man Again 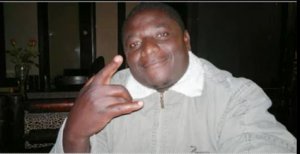 Rhythm guitarist Zakaria Zakaria, who left Alick Macheso’s Orchestra Mberikwazvo last year to form his own band, says he is planning on a major comeback. Although he has just a single album, “Zvipo”, to his name, the talented guitarist claims he is poised to stamp his authority in the cut-throat music sector where his close relatives Macheso and elder brother Nicholas “Madzibaba” Zakaria, among others, are holding sway.

He said the only thing that was holding him back was the lack of instruments, which he revealed he has recently purchased from South Africa.

“We have been holding live shows as a group ever since buying instruments from South Africa,” he revealed.

The musician — who is also a tobacco farmer with farming interests in the Ziko area of Seke and Mazowe — also said he didn’t harbour hard feelings against any musician, adding that he is keen to work with any artiste.

“I am keen to work with anyone, be it (Alick) Macheso, my elder brother Madzibaba (Nicholas Zakaria), Jah Prayzah or anyone else, for that matter.

“I urge fellow musicians to work amicably for the good of the industry,” Zakaria said.

He also promised his fans a new album, which he said would be released in two months’ time. “We are also going to release a live DVD,” he said.

Zakaria also said he would not have gone this far had it not been for the support from his fans.

Meanwhile, Mokoomba recently launched their second album titled “Rising Tide” at the Alliance Francaise in Harare. The album delivers music that has no boundaries in terms of sound, message and appeal.

It showcases depth and creativeness that cannot matched by any other group.

Fronted by the inimitable Mathias Muzaza, the group’s afro-centric compositions that come from one of Zimbabwe’s rich cultural areas of Victoria Falls, the music is uniquely African.

Besides Mathias other band members include Trust Samende on guitar, Abundance Mutori on bass and Donald Moyo on keyboards, Miti Mugande on percussion and drummer Coster Moyo whose combined talents put Mokoomba in a class of their own.

The group collaborated with Manou Gallo of Cote d’Ivoire who is based in Belgium, as producer. Gallo spiced up the album ensuring that it has that international feel and a subtle West African accents on tracks like “Masangango” and “Misozi”.

The album was recorded in Belgium, Cote d’Ivoire and Zimbabwe featuring 13 guest musicians and friends from around the world.

Marcus Gora, the band’s manager, said they were happy with the album and that it was different from their first.

“The music industry has become commercial and there is no room for mediocrity. Mokoomba wants to bring all sound elements in their music and this is why you hear a Spanish guitar from a band hailing from Binga and Victoria Falls, singing in Luvale, Nyanja and Tonga.

“It is because of originality that makes this young band special,” he said.

The band started out in Victoria Falls in 2008 and rose through the Music Crossroads Inter-Regional Festival — an African youth band competition — to win the top prize followed by a European tour and a record deal.