President Michael Sata who is on a State visit to neighboring Zimbabwe yesterday together with his counterpart Robert Mugabe witnessed the signing of the MoU on co-operation to jointly construct a US$4 billion 1,650 megawatt hydro-power station at the Batoka Gorge.

The two Memorandums of Understanding signed were of Co-operation in Tourism and Youth Development.

And Zimbabwe’s Herald Newspaper reports that speaking during a state banquette held in honour of President Sata, President Mugabe pledged Zimbabwe’s commitment to working with its Zambian counterparts in efforts to chart a successful future for the two countries.

President Mugabe described Zimbabwe and Zambia as Siamese twins, adding that the two countries are inseparable.

The Zimbabwean leader also hailed the signing of the MOU on co-operation to jointly construct a US$4 billion hydro-power station at Batoka Gorge, stating that such infrastructural projects are the enablers of real and sustainable economic development.

He said the project is as important to the two countries as it is to the whole Southern Africa region which is experiencing a critical power deficit.

And President Sata said Zambia and Zimbabwe’s relations, dating back to the pre-independence era, were founded on common traditions and cultural values.

He said Zambia could not celebrate its independence without the liberation of Zimbabwe.

Mr Sata said the signing of the two MoUs by the two governments would further enhance social and economic relations.

The President Sata said since the two countries are landlocked, Zambia and Zimbabwe have made strides to make them land-linked through the Chirundu One-Stop-Border Post.

He said this had improved efforts towards trade facilitation particularly on the North-South Corridor and reducing costs on the route.

Mr Sata said the UNTWO General Assembly will shine the spotlight on Victoria Falls and Livingstone while showcasing the beauty and splendour of the Victoria Falls. President Sata said co-operation within the region was imperative./QFM 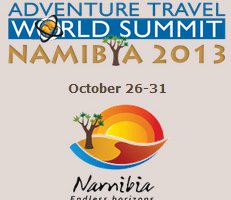