The Zimbabwe open Golf Tournament ended yesterday, Sunday the 22nd, with an exciting finish. It took two play off holes to decide the new Zimbabwe open Champion.  When it seemed tournament leader Trevor Fisher Jnr was all but there he missed a 2 foot putt on the 18th holes and this opened the door for Chris Swanepoel.

Chris managed to scramble a par on the 1st play off and this was good enough to force a second attempt. On the second attempt Trevor hooked his drive into a wood of Msasa trees and only managed a double Boggie. Chris dropped his par putt and stood to the applause of the large Harare crowd.

The tournament was held at the Royal Harare Golf Course which was in pristine condition for the event. As this tournament was part of the SA based Sunshine Tour the course is compared to some of the best that South Africa can provide and the input from the players suggests it is up there with the very best. 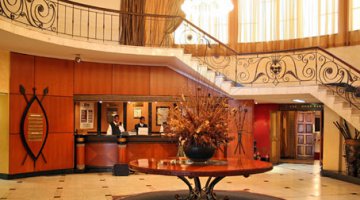