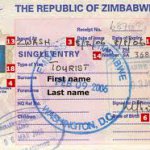 From : Newsday.co.zw
By : Business Reporter
19 April 2012
Tourism and Hospitality Industry minister Walter Mzembi says Southern Africa is working on the introduction of a univisa, which will provide greater access to its source markets.

Addressing delegates in Las Vegas, United States at the World Venture and Rovia International Convention recently, Mzembi said the African continent should continue to condemn the introduction of high departure taxes by European countries as they were “a bad sign, travel sanction at their worst and xenophobic”.

The measures have been induced by the impact of the global meltdown in Europe, which has seen it taking measures to localise travel cash flows.
“We are working on the univisa, which will give greater access of Southern Africa to its source markets. Zimbabwe is a pilot project State,” Mzembi said.

The tourism sector believed a univisa for Sadc would considerably improve tourist arrivals in the region.

Mzembi described the content by local hospitality players on average occupancies of 38% as “bigotry and narrow mindedness that is prejudicing our people”.

The minister said conflict and the absence of peace and stability were not conducive to sustainable tourism, as events in North Africa had recently shown.

He said it did not matter how much a destination may be discounted, if it lacks peace and stability, it will have ‘no takers’.

Mzembi said Zimbabwe will host the Africa Travel Association Congress next month as a dry run to the United Nations World Tourism (UNWTO) General Assembly to be co-hosted by Zimbabwe and Zambia in August 2013.

He said some of the key enablers to tourism included currency convertibility and use of plastic money, efficient ports of entry management, protection and preservation of national heritage and monuments and product packaging and regional integration and development of accompanying satellite accounting systems.

Global travel and tourism generate $1,2 trillion in direct income, receives nearly a billion people, employs 240 million, and its global impact on gross domestic product is believed to be in the region of $6 trillion.

“The question is who is invoicing these figures, and who is directly and indirectly employed,” Mzembi said.

“I speak for Africa today as an executive member of the UNWTO, and our share in both instances of arrivals and revenue is under 5%.
“How can we empower the individual to participate more meaningfully in this sector