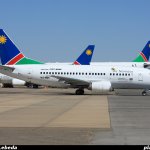 By : Nqobile Bhebhe Senior Reporter
19 April 2012
Air Namibia is set to resume its much-awaited flights to Zimbabwe on May 16 and will be flying into the country four times a week.

The airliner, which stopped plying the Zimbabwe route 13 years ago, plans to use a 37-seater — in one-class configuration — all-economy plane for the Windhoek-Harare route.

In an emailed response to NewsDay, head of corporate communications Paul Homateni Nakawa said preparations for the relaunch were at an advanced stage.

“I confirm on behalf of Air Namibia that our first flight will fly into Harare, Zimbabwe, on 16th May 2012,” he said.

“Officially, these new routes are starting on the 15th of May 2012.

“Air Namibia will be flying into Zimbabwe on Mondays, Wednesdays, Fridays and Sundays every week, hence our first flight to Harare shall only be on the 16th May 2012, as per the flight schedule.”

Several international airlines, including Egypt Air, Air France, KLM, Lufthansa and Quantas, stopped flights to Zimbabwe because of dwindling passenger numbers as tourists were scared off by political violence and instability.

The Namibian airline has also launched two other regional routes — Ondjiva (Angola) and Gaborone (Botswana). In addition to its growth and expansion plans, the airline hopes to become an independent profit-making entity by the end of 2016. 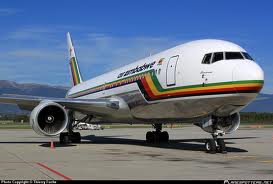