Once-in-a-lifetime experience in Hwange – An Easter Weekend to remember! 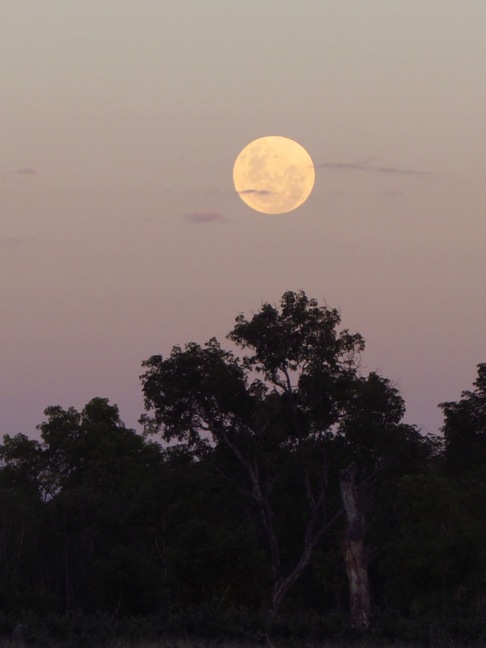 My wife, daughter and I left Harare at 05h30 and arrived at Hwange Main Camp by 13h00 to pay our Parks entrance fees. The drive from the boom to Ngweshla picnic site, some 65km was enjoyed at a leisurely pace with some good sightings on the Kennedy vlei and near to Somalisa. Good to note here that the road is well maintained and easily passable in almost any reliable vehicle.
Dixon a Professional Guide of 14 years met us in his Wilderness Land Rover with a large smile and a cold beer. Our personal vehicle was left in a safe car park, at the shady picnic site, under the watchful eye of an attendant who lives there. On leaving Ngweshla we immediately entered the Wilderness Concession, a massive chunk of Africa’s finest bush. Heading west through teak woodland interspersed with open plains it was not long before we knew we were in safe and knowledgeable hands, and could relax completely and enjoy ourselves.
Wilderness have a number of different camps in the concession, our camp “to be” was Little Mac or “Little Makalolo Plains” a small personal tented camp set beneath the shade of a grove of massive Machibi trees. Each tent is large and well furnished with some of the more comfortable beds we have experienced. Powered mainly by modern solar systems the camp is no doubt a good ‘green” example. Of note we found out that the solar geyser works amazingly well and the water pressure was legendary.
The food was good and the service in camp of a high standard, but all this one would expect of a company such as this.
Of particular enjoyment for us was the knowledgeable, attentive and humorous company of our guide Dixon. His ability to work magic into each visit into the bush made each day a great adventure, whether we were looking at 100 elephants, or a termite colony.
On Easter Sunday after a morning spent walking the tree line along side the Ngamo Plains vlei where we had seen excellent sightings of wildebeest rutting, giraffe with gangly babies, herds of eland and ostrich males performing for their loved ones. We were treated to a bush brunch in front of a prolific water hole. Back at camp we enjoyed a late siesta and were woken by Dixon who had spotted two male lion approaching the waterhole in front of Camp.
Tea was packed in and off we set in search of the two lion. We found them lolling in some thick grass, not far in front of camp. It was already 5pm, so it was not long before they were up on their feet and showing interest in a nearby herd of buffalo. We had not seen such a large herd of buffalo so far, so this in itself was an enjoyable sighting in the late afternoon sun. Things stepped up a gear however when the two Lion decided, with little thought or planning, to attack the middle of the herd, springing upon the backs of several large cows. Their folly immediately became apparent, and they were soon shaken off by these now enraged beasts. The lions became the target themselves as the buffalo closed ranks and saw the two imposters off at a dusty gallop.
We thought this may be the last we saw of the two and settled down to enjoy the bustling activity of the bovine herd. However the lions had slunk around to the back of the herd, watching the last few stragglers, which happened to be, rather conveniently, a few cows with small calves. Suddenly the long grass erupted in thundering hooves, bellowing and clouds of dust as the lions targeted two the calves. Immediate success for the slightly larger lion as he pinned a calf down and waited for the struggling to cease. The second brother failed rather dismally. Undeterred, he crouched behind a termite mound and waited for the next mother to come along.

Failure again…. the third attempt was successful, and he held the calf down for a full 60 seconds as the herd scattered in panic. The mother suddenly seemed to realise she was missing her baby, and turned to face the lion with intent that made our hearts skip a beat. She galloped toward the lion at full speed, trembling with fury. She covered 400 metres in seconds, and the lion had to abandon his prize, or face the freight train of horns and solid muscle hurtling towards him. Miraculously, the calf staggered up and trotted off with his mother. Once again, our lion crouched behind the termite mound and pounced on the last calf, and once again he had to take dramatic evasive action to avoid the ton of maternal instinct bearing down on him. Finally he decided he’d had quite enough for one day, and circled round to find his brother, who was very politely waiting with his kill, to share with his sibling. It was interesting to watch them eat together, no aggression at all, just two young lions sitting shoulder to shoulder, enjoying a hard earned meal.
It was a sight to remember, and probably a once in a life time experience. We were so enthralled and everything was happening so fast, we didn’t get a single picture, but the memory of the sounds, the smells and the electric atmosphere will stay with us forever.
We said a sad goodbye on Easter Monday, and made our way to Victoria Falls for the next chapter of our travels. 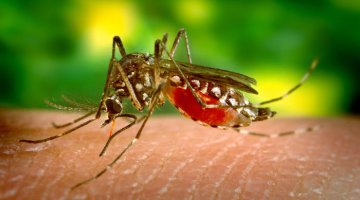 Vaccination for Yellow Fever and vaccine availability in South Africa