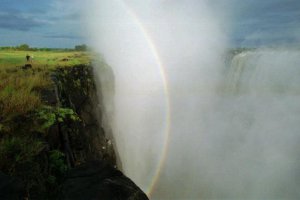 Zimbabwe and Zambia’s bid to host the 2013 UNWTO General Assembly was successful and now the pressure is on the two resort towns of Victoria Falls and Livingstone to deliver. There are a number of inspections that will be taking place by members of the UN inspection team from the head office in Madrid, Spain. There are a number of key developments that will be taking place in the Victoria Falls area in line with this conference, notably the completion of the Victoria Falls Airport project and the building of a convention centre. FOVF received an EIA for the airport project which came through a few days before the deadline . An e-mail was sent out to get comments but the response was very poor and as there was insufficient information on the EIA itself, the decision was taken not to complete it until further information is availed. We are as excited as everybody else about the possibility of having a new, larger airport but believe strongly that in the interests of the town, the EIA must be done properly.

There is also an EIA for the convention centre that is being circulated but we as FOVF have not received a copy.
CHIKOPOKOPO HELICOPTERS

FOVF was represented at the recently held stakeholders meeting to introduce this new helicopter company.  They will be based at the Chamabondo site and are looking to bring in two helicopters – a Jet Ranger and a Long Ranger. The EIA for this project is currently with the Environment Management Authority (EMA) and this stakeholder meeting was a requirement as the process had not been done to the satisfaction of EMA. This meeting however was also poorly attended. The issues raised were:

The website project was completed last year and the site is up and running. Please check this out on www.friendsofvicfalls.org

We have received only a handful of contributions towards the website following the request in the last newsletter. Please forward your donations of $ 5 or more  to assist with this worthy cause. 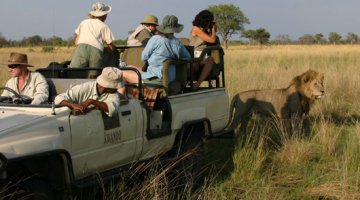