From : Newsday.co.zw
By : Victoria Mtomba Business Reporter
16 March 2012
Rainbow Tourism Group (RTG) posted a 32% increase in turnover to $27,3 million for the year ended December 31 last year, the best performance the company has registered since dollarisation in February 2009.

Speaking at an analyst briefing this week, RTG outgoing chief executive officer Chipo Mtasa said liquidity was tight during the period under review due to lack of significant capital inflows.

She said there was lack of confidence in the banking sector and uncertainties on the political front.

Mtasa said the group’s hotels occupancy rate stood at 47% compared to an estimated national occupancy of 38%.

But the group did not have statistics for Zambia and Mozambique where it also runs hotels.

The group’s earnings before interest, taxes, amortisation and depreciation stood at $2,7 million, indicating a growth of 863% driven by Mozambique and Zimbabwe city hotels.

“We will have a new face before June, an improved one,” she said.

The non-core assets include Touch the Wild Lodges, Tourism Services Zimbabwe and Hathanay Investments trading as Matetsi Water Lodge, whose disposal would raise $2,3 million for the group.

Mtasa said the tourism industry was on a rebound with tourist arrivals expected to continue improving.

“The opening up of international air access is expected to have a positive impact on 2012 arrivals,” she said.

Mtasa said apart from Beitbridge, the tourism group will not be renovating any hotels.

“There have been prospects for growth in Mozambique,” she said.

“We will try to make our hotel in Beira competitive. Tete is also a good growth area.”

“The capitalisation will extinguish in the main, the short term borrowings thereby creating a stronger balance sheet and a solid platform for positive operating performance in 2012 and beyond.

“Proceeds from the recapitalisation exercise will also be used to complete the refurbishment of hotels in order to enhance the competitiveness of product offering,” the group added. 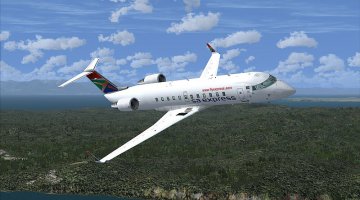