New Board for ZCT

NEW PRESIDENT & BOARD FOR THE ZIMBABWE COUNCIL FOR TOURISM :  ZCT AGM USHERS IN NEW LEADERSHIP

At the 2011 annual general meeting of the Zimbabwe Council for Tourism (ZCT) held in Harare on Tuesday 13 March 2012, seasoned hotelier and long-serving industry leader Glenn Stutchbury was appointed President of the private sector umbrella body.

Mr Stutchbury succeeds Tendai Madziwanyika who stepped down following a successful term at the helm of the Council.

The incoming president has held several senior positions with leading hospitality groups.  He is currently MD of Africa Albida Tourism (AAT) and in April moves to take over Cresta group of hotels. At the ZCT, he is supported by three vice-presidents each with special cluster responsibilities as follows:

The Council salutes outgoing president Madziwanyika and board member Moses Mapanda for their sterling service to the industry and wishes them well. 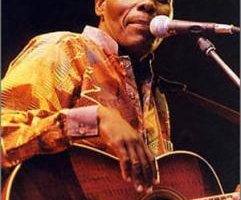