THE visiting United Nations World Tourism Organisation team yesterday expressed satisfaction with preparations made by Zimbabwe and Zambia for the hosting of the 2013 UNWTO general assembly.

They said they were inspired by the unity of purpose between Zambia and Zimbabwe.

Briefing the media after touring the facilities for the general assembly, UNWTO executive director and head of delegation Mr Zottan Smoggy, said the two countries only needed to smoothen their transport system for inter venue traffic.

“We inspected the main venues that of Livingstone Hotel in Zambia and Elephant Hills in Zimbabwe.

“We are happy with everything we have seen and are confident that we will hold the most memorable general assembly in Africa. It is not about the two countries but for the whole of Africa,” said Mr Zottan.

“We are coming back around August to deal with the remaining issues.

“We believe by the time we come back, these small areas would have been sorted out.

“We are not inspectors but people coming to help these two countries host the most memorable mega event,” he said.

Victoria Falls mayor Mr Nkosilathi Jiyane said his town would do everything possible to ensure that the event is successfully held.

“As the host, we will sort out all outstanding issue in terms of infrastructures and service provision to ensure that things work in the right direction.

“We will not rest until we put things in place,” he said. 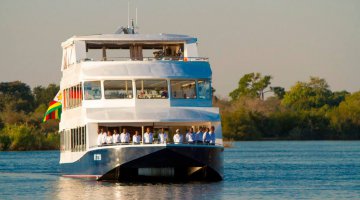