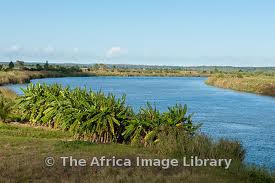 Maputo — The Mozambican government has rejected, on environmental grounds, the plan by the Australian company Riversdale to transport coal to the sea by barging it down the Zambezi river.

Last year Riversdale (which was subsequently taken over by Rio Tinto) submitted an Environmental Impact Report on coal barges, which it had commissioned from the specialist Mozambican company Impacto.

Although the Report did not find that transporting coal down the river would cause significant damage, the government has decided not to authorise it.

Interviewed by the news agency Reuters, Transport Minister Paulo Zucula claimed that the impact would be “very negative, and there were no plans for mitigation. As proposed, it is not doable”.

Since the Zambezi suffers regular floods, Zucula feared that plans to dredge the river and widen the banks, to allow barges to pass would be asking for trouble. He added that the barges were also expected to affect fish populations in the river.

Zucula told Reuters that Rio Tinto is welcome to rework and resubmit its plans, but he stressed that Mozambique would much prefer mining companies to move their coal by rail. “If you compare the two in terms of the environment, the difference is huge,” he said.

But Riversdale studied the barging option precisely because there is insufficient rail capacity. The Sena rail line from the Moatize coal basin in Tete province to the port of Beira can carry only six million tonnes. An upgrade might double this, but that still comes nowhere near the vast amount of coal that companies intend to export within the next few years. Figures of up to 100 million tonnes a year have been mentioned.

To date 112 licences have been issued to companies to explore for coal in Tete. So, in theory, there might eventually be 112 coal mines in the province. So far, the only companies that have begun to export coal are Vale of Brazil, and Beacon Hill Resources of Britain. They will soon be joined by Rio Tinto. These companies alone are likely to exhaust the capacity of the Sena line in the near future.

Vale has plans to build a new railway across southern Malawi that will link up with Mozambique’s existing northern railway to the port of Nacala. Another possibility is to build a new port in Zambezia province, with a railway linking it to Moatize.

“We can assure everybody that we will build enough rail capacity to carry their coal. The problem is timing,” Zucula said. “We are working at high speed to get financing”.

“Coal is a development project for us, so we are a most interested party”, he said. “The planning of infrastructure and the mine plans do not match yet, but we are making every effort to make them match”.

Rio Tinto is far from the only company whose plans have been turned down for environmental reasons. According to a report in Friday’s issue of the Maputo daily “Noticias”, the environmental impact study review commission in the Environment Ministry rejected 146 investment projects last year.

The Permanent Secretary of the Ministry, Samuel Xirinda, speaking on Thursday at a national seminar on the environmental impact of the hydrocarbon sector, said the projects were returned to their proponents, because the Ministry believed they violated aspects of the country’s environmental legislation. The Ministry inspected 437 projects last year – so fully a third were rejected.

The projects came from almost all provinces – Xirinda said they included two tourism projects on Tofinho beach in Inhambane province, a mining project in Tete, and a road transport project in Maputo.

Xirinda noted that, if a company presses ahead with a project without Ministry approval for its environmental impact report, it risks fines of up to five million meticais (over 183,000 US dollars), and the work will be embargoed.

He recognised that some investors systematically violate Mozambican environmental legislation – and he believed that most of them did so deliberately, and not because they were unaware of the norms.

The seminar, held in the southern municipality of Vilankulo, is aimed at training Mozambican staff in assessing projects for exploring hydrocarbon reserves, and enjoys the cooperation of experts from Norway. 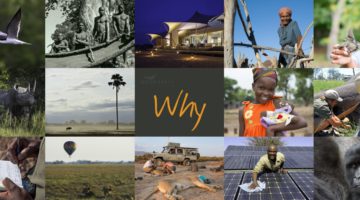