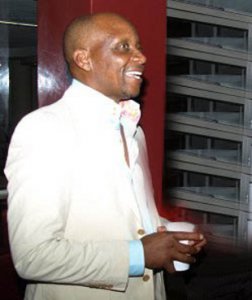 Revenue from hunting and safari activities for last year increased by 16 percent to US$11,6 million from 2010 figures due to an improvement in the macro-economic situation in the country, an official has said. In 2010 earnings topped US$10 million, up 20 percent from the previous year with at least 65 percent of clients coming from America followed by Europe. Safari Tour Operators’ Association of Zimbabwe president Mr Emanuel Fundira said the season had progressed well.
“The season went on very well, we are certainly on a growth path,” he said.
“We have already submitted our revenue performance figures.
“We raked in at least US$11,6 million, that is a 16 percent increase from the previous year.”
Mr Fundira, however, bemoaned the declining trophy quality in some animals.
“The trophy quality, mostly of elephants, is steadily declining and that we can attribute to increased poaching activities in our parks but we are hopeful of having further growth next year,” he said.
The sector has been a recovery path following the lifting of travel warnings to Zimbabwe by most Western countries, which had led to a sharp contraction of the country’s tourism industry.
This coupled with the stable economic environment prevailing in the country since the adoption of the multi-currency regime has led to increased tourist activity. The warnings were a form of reprisal by Western nations on Zimbabwe for the land reform that was implemented by Government in the late 1990s.
The travel warnings resulted in a decline in tourist arrivals and this negatively affected the safari industry, which relies heavily on foreign professional hunters.
Animals that are hunted for trophies include elephants, lions, leopards, cheetahs and antelope with the most elusive ones fetching more. – New Ziana.