VF24.com would like to congratulate Emirates on their maiden flight to Zimbabwe and Zambia!

Zimbabwe’s Transport Minister Nicholas Goche, celebrated the maiden flight
into Harare by global airline giant Emirates. Ignoring the embarrassment of
being unable to resolve the crisis at Air Zimbabwe, Goche was a passenger on
the Emirates Airbus A330-200 plane which flew into Harare on Wednesday.

In early January this year it was reported that Goche had ordered regional
and international flights by Air Zimbabwe to be suspended, fearing seizure
of its remaining aircraft by creditors. Flights to the United Kingdom and
South Africa especially, were frozen until such time US$140 million in debts
have been paid.

This week Goche put the Air Zimbabwe debacle aside and was joined by other
government ministers, singers Oliver Mtukudzi, Dudu Manhenga and Victor
Kunonga in celebrating the arrival of Emirates into Harare. The airline
officially began its five-day-a-week flight schedule to Harare from Dubai.

Speaking to journalists Goche said the arrival of Emirates “is a very
significant development for the market. We welcome the entrance of a truly
global airline; with an extensive network, large fleet and great reputation
for quality service which will greatly improve choice and connectivity for
Zimbabwean travellers.”

Economic commentator Bekithemba Mhlanga told SW Radio Africa that the
celebrations were more political than economic given Zimbabwe’s
international isolation. Airlines like British Airways had deserted the
market and Mhlanga said for some in government Emirates coming in offered
them a symbolic victory.

A recent poll by newspapers had Goche as one of the worst performing
ministers in the coalition government. He was accused of failing to come up
with rescue measures for parastatals like Air Zimbabwe, National Railways of
Zimbabwe, Civil Aviation Authority of Zimbabwe, and Net One, among others.

Examples of his ‘incompetence’ included the fact that the Air Zimbabwe board
had met only once despite the crisis affecting the airline. He was also
accused of spending most of his time trying to grab ministerial mandates
from Information and Communication Technology minister, Nelson Chamisa. 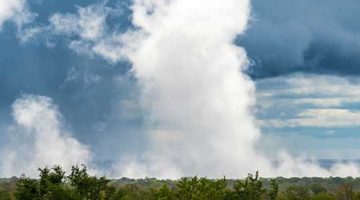 “Scenes so lovely” – Victoria Falls opens its gates after 100 days of lockdown.