The government is set to construct a multi-million-dollar convention centre in Victoria Falls ahead of the joint hosting of the United Nations World Tourism Organisation General Assembly by Zimbabwe and Zambia next year.
In a statement, Tourism and Hospitality Industry minister said it was in the process of holding Environmental Impact Assessment stakeholder consultations in accordance with the provisions the Environmental Management Act.

The convention centre will have a seating capacity of
3 000 to 5 000 delegates. It will also house adjustable committee rooms, a golf course, a five-star and a three-star hotel.

We prefer to work quietly on the construction of the convention centre because we do not want to scare away investors, said Mzembi.

The piece of land being proposed for the construction of the convention centre covers an area of about 1 000 hectares. It is located six kilometres south of Victoria Falls town. It starts just after Musue River to the south of the town extending to about five kilometres southwards towards Victoria Falls airport, said the Ministry of Tourism and Hospitality.

Next post Livingstone to upgrade facilities into ‘tourist capital’ 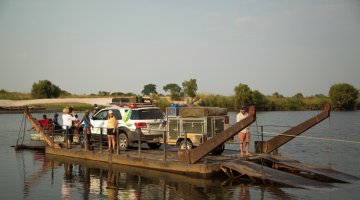 On the Road with Zambia Tourism: The Final Chapter